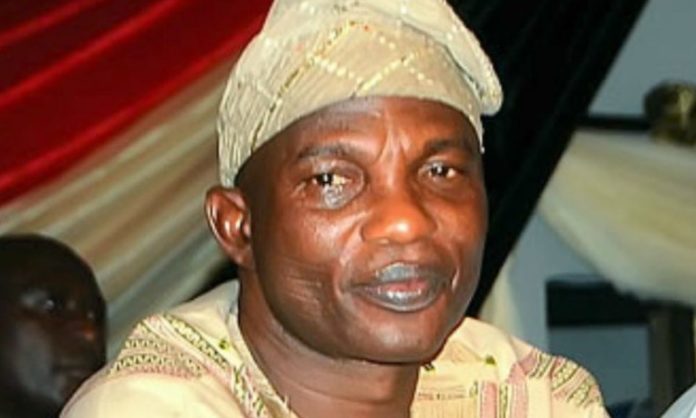 Ahead of the February 19 primary election, a governorship aspirant and a former Secretary to the Osun State Government, Mr. Moshood Adeoti, has said that Governor Gboyega Oyetola was installed by a national leader of the All Progressives Congress (APC), Bola Tinubu, whom he described as an emperor.

He stated this Thursday in Abuja after he was screened at the national secretariat of the party in Abuja.

Other aspirants screened by the screening committee included Oyetola and the former Deputy Speaker of the House of Representatives, Lasun Yusuff.

Adeoti explained that he left the APC in 2018 to vie for the governorship position on the platform of Action Democratic Party (ADP) because the primary election of APC was scuttled at the eleventh hour.

He stated: “We had prepared between 75-80 percent for the primary before it was scuttled at the eleventh hour. Ekiti state primary was conducted based on direct, but when it came to Osun, they changed it to indirect on the instruction of the emperor who happens to be the leader of the party.

“He insisted that his cousin must be the governor. The person I’m talking about is Asiwaju Bola Ahmed Tinubu, he said if his cousin was not returned he would not finance the election.

“The outcome was what you all witnessed, he actually lost the election in the first ballot by 353 votes and they said out of 310,000 units in Osun, and there was a rerun in seven units and it was the rerun that salvaged the party.”

Adeoti stressed that in 2018, everyone agreed that it was the turn of Osun West Senatorial District to produce the governor.

The governorship hopeful said before 2018, Osun Central had Chief Bisi Akande and Olagunsoye Oyinlola between 1999 to 2010 before was ousted by the courts and Rauf Aregbesola from Osun East was sworn-in 2010, and eventually spent eight years.

Adeoti stressed that the late Senator Isiaka Adeleke from Osun West was in the saddle for 20 months as the first democratically elected governor, saying since then, there had been clamour that it is the turn of Osun West.

He assured that he won’t leave APC even if Tinubu insisted that his cousin would go for another four years.

Adeoti said, “Let me add that we have just submitted our petition to the caretaker committee on two grounds: first, the date of the gubernatorial primary has been changed from 5th of March to 19th of February without any reason. In Ekiti state, it was extended from 17th of January to 27th but in our case they are bringing it back by two weeks preceding the national convention.

“Secondly, up till today governor Gboyega Oyetola is still a member of the CECPC led by Governor Mai Mala Buni. I don’t see how the primary will be free and fair if Oyetola is a judge in his own case.”