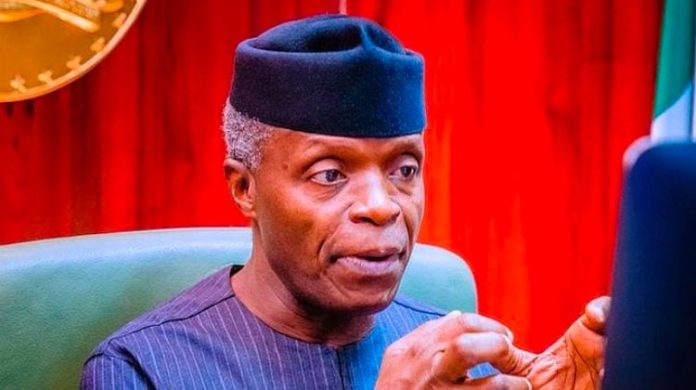 The National Economic Council chaired by Vice President Yemi Osinbajo is now holding its first meeting in 2022 at the State House, Abuja.

The Council comprises the Governor of Central Bank of Nigeria, Godwin Emefiele; Secretary to the Government of the Federation, Boss Mustapha; Minister of Federal Capital Territory, Mohammed Bello and the 36 state governors.

Thursday’s meeting is physically being attended by some state governors while others are attending virtually from their state capitals.

Those physically in attendance include Governors Hope Uzodinma of Imo, Yahaya Bello of Kogi, Kayode Fayemi of Ekiti, Willie Obiano of Anambra, Doye Diri of Bayelsa, Babagana Zulum of Borno, Babajide Sanwo-Olu of Lagos and Emmanuel Udom of Akwa-Ibom.

The council, after being briefed by the relevant government agencies on various economic programmes, is expected to issue a communique.

The NEC which meets monthly is constitutionally mandated to advise the President, Major General Muhammadu Buhari (retd.), on the country’s economic matters.