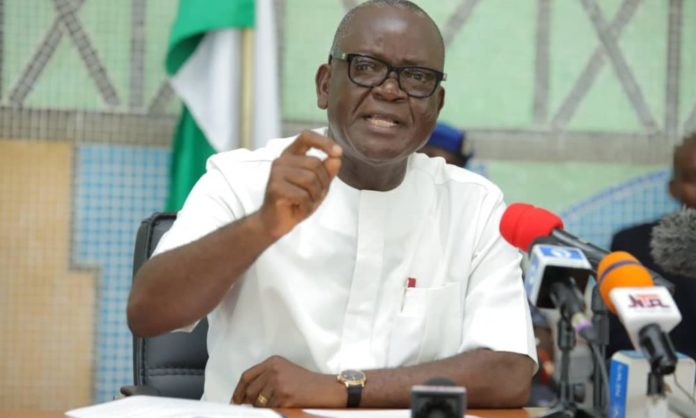 Benue State Governor, Samuel Ortom has signed the amendment to the state’s Open Grazing Prohibition and Ranches Establishment Law 2017 which was passed by the state House of Assembly recentky.

According to the Governor who assented to ehe amended law

on Thursday at the Government House in Makurdi, the law provides stiffer punishment for offenders.

Ortom disclosed that the amendment became necessary when it was discovered that there was a lacuna in the law which he noted came as a “child of necessity, following killings, maiming and destruction of villages by militia herdsmen which had also led to the displacement of over 1.5 million persons.”

Earlier in a remark, Speaker of the Benue State House of Assembly, Titus Uba, who presented the amendments for the Governor’s assent said it will make the law stronger and more effective.

“The Open Grazing Prohibition and Ranches Establishment Law has become symbolic with this administration and it is the only law that has provided the only solution to the farmer herders crisis not only for Benue but for the entire country as most states has keyed into it.

The amendment also provides that when the impounded animals are not claimed by the owner within 24 hours, an additional fine of N20,000 per cow per day, N1,000 per pig per day, N500 per sheep or goat per day and N100 per bird or poultry per day shall be paid compulsorily by the violator whose animals may have strayed.

According to the amendments, other expenses as may be determined by the Quarantine Department shall be considered provided the prescribed fines are subject to periodic upward review as deemed appropriate.

Section (8) of the law provides that “any person who employs, hires or involves a child to commit an offence under the ranching law shall be guilty of an offence and shall, on conviction, be liable to 14 years imprisonment or N5 million fine or both.”

According to section (5) as amended, “any person found moving livestock on foot within or across urban centres, rural settlements or any part of the state or owner of those livestock or manager of a ranch from where the livestock emanates, commits an offence and is liable to: