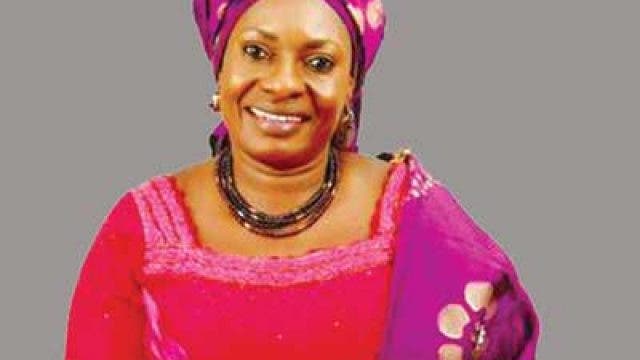 The Minister for Women Affairs, Dr. (Mrs.) Pauline Tallen has urged the media to pay more attention to cultural and patriarch problems that have impeded the efforts to liberate Nigerian women from the challenges that have held them down and adversely affected the general development of the country.

Represented by the Director, Women Development in the Ministry, Mrs Funke Oladipo at a media training on reporting and interpretation and use of VAWG, SGBV, HTPs and access to sexual and reproductive health rights laws, the Minister insisted that Nigerian women are pivotal to the development of the country and the media has a role to play in highlighting the impediments on the way of women across the country.

According to Tallen, “despite the clear demonstration of the fact that the Nigerian women have risen up to the challenge each time they were given positions of responsibility in the country, we have endured for too long two major problems of culture and patriarchy even in many situations where the women are more economically advantaged.

“Women empowerment is key if Nigeria must move forward and the media in Nigeria owes it a responsibility to lead the advocacy and shine the light at every point that the problems occur.

“The indelible marks made by Nigerian women like the former Director-General of the National Agency for Food and Drugs Control, (NAFDAC), Prof. (Mrs.) Dora Akunyili of blessed memories and the Former Minister for Finance, Dr. (Mrs.) Ngozi Okonjo-Iweala is well entrenched in the sands of time.

“If women are voted into key positions in this country, Nigeria will develop faster and we would have more opportunities to demonstrate the fact that whatever the men can do as leaders, the Nigerian women can do even better.

“The media has a role, therefore, to help the women amplify our repeated call for equal opportunities in the country so that the rights of everyone is not trampled upon in the society,” the Minister stated.

Meanwhile, the former National President, National Association of Women Journalists, NAWOJ, who also served as the resource person at the event, Mrs Evelyn Oyinlo challenged victims of domestic violence to be more forthcoming with information that the media can use.

According to her, “victims of domestic violence are to be encouraged to speak out more because available statistics have shown that more than 80 per cent of those who suffer rape cases are said to be unreported.

“For the cases that are reported, there is a need for more collaboration between the Federal Ministry of Women Affairs and media organisations on fighting against sexual and gender-based violence in society.

In her paper titled Media as Tool for Awareness Creation and Sensitization on Violence Against Women/Girls in Emergency Situation during the COVID-19 Pandemic, Oyinlo emphasised the need for, “the media is a partner and major stakeholder in the response to sexual and gender-based violence in Nigeria and must work with other partners to ensure that we win the war against every act of crime against women and girls and against humanity.”