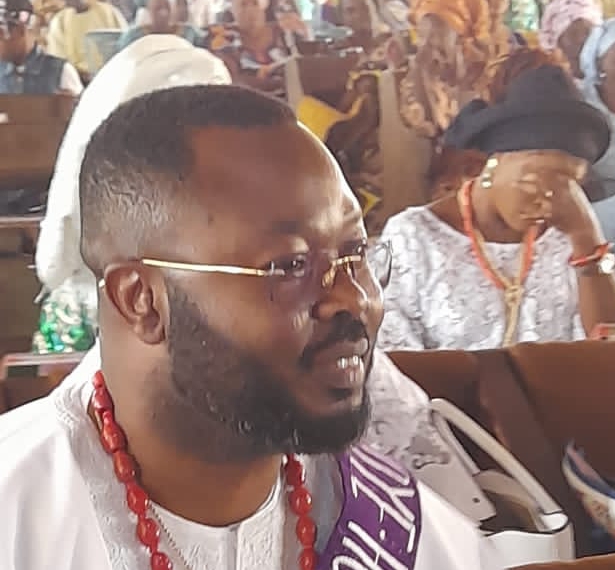 A leader in the Ondo State All Progressives Congress (APC), Hon Adeyeri Stephen Kunle, has called for more participation of individuals in community development.

Adeyeri who is also an aspirant for the House of Representatives race in Akoko South East /South West Federal Constituency stressed the need for well-meaning individuals to contribute to the growth of their community.

The APC leader stated this at the commissioning of rural electrification project executed by his company, Skystep Group at the Holy Trinity Anglican Church Iwaro-Oka in Akoko South West Local Government Area of Ondo State.

He said community development should be the priority of every individual and collective responsibility of all and sundry in order to complement the efforts of the government.

‘’While we acknowledge the immense efforts made by the state government in meeting the yearnings of the people, we recognise that each individual, corporate organisations and institutions within and outside government have an important role to play and I have resolved to do my part to fulfil my calling.’’

He said the welfare of his people is his priority and urged everyone to support him in the task of developing the state.

He said: ‘We have continually worked towards enhancing the living conditions of our people and this project, is one of those numerous initiatives we have designed to execute in our Federal constituency.’

“I am glad to officially present this electrification project to my constituents who have shown much solidarity to our commitment to the rebuilding process of our federal constituency.

“We shall not relent in our efforts at putting smiles on our people and transforming the federal constituency.

Speaking at the event, the Olubaka Of Oka, Oba Adebori Adeleye, noted that the development of any society is largely dependent on the people and prayed for more of such gestures from the donor.

Oba Adeleye also charged well-meaning people in the society to always see the call to serve as a divine assignment and an opportunity to put smiles on the faces of the people around them.

He pointed out that if everyone decided to give back to society, the burden on the government would be reduced.

He noted that rural projects should not be left in the hands of government but collective efforts of everyone.

Ige also solicited the support of every prominent indigene of Akoko in the development of the town.