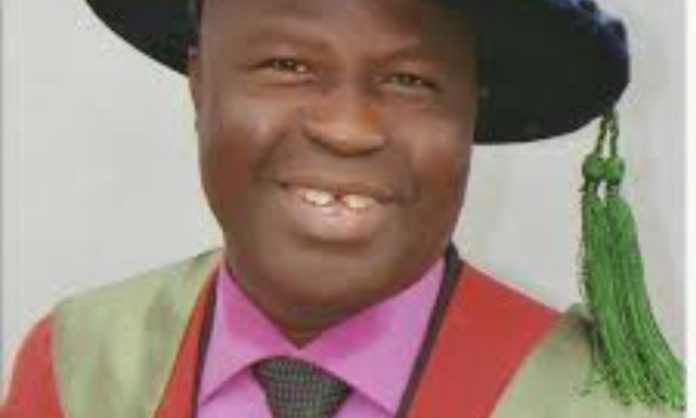 The Vice-Chancellor, Federal University, Oye Ekiti (FUOYE), Prof. Abayomi Fasina, has expressed sadness over the alleged harassment being meted out to developers and those handling various federal government’s projects in the university by landowners, popularly known as Omo Onile.

Fasina said the incident had stalled the completion of some of government’s projects and driven away investors, who showed interest in building structures that could shore up FUOYE’s facilities.

Also, the Vice Chancellor disclosed that the university had secured full accreditation for the 48 courses being offered by the institution, saying this had built confidence and patronage for admission in the university.

Speaking at a press conference held at FUOYE on Tuesday to mark the beginning of activities lined up for the one year of his appointment, Fasina urged the host community leaders to warn those driving away contractors and developers under the façade of land ownership.

“Let me appeal to land owners to stop harassing contractors working with the federal government on this campus. Though the matter was being handled by the police, this should not continue because it is affecting development here on campus.

“Another menace was these local vigilante groups called Egbon Adugbo, who are fond of harassing my students by extorting money from them. This must stop. We are not going to take it lightly with them. We have told the Council of Chiefs and the matter is being looked into.”

Fasina said through hard work, timely promotion and brilliant scouting, the university now has 74 Professors and 51 Associate Professors, who are contributing hard to scholarship and giving the institution a good ranking globally.

“Some of these professors were promoted when I got there as a Vice-Chancellor and I have asked my lecturers to be hardworking, because my vision is to promote 100 lecturers to professorial level before the expiration of my tenure.”