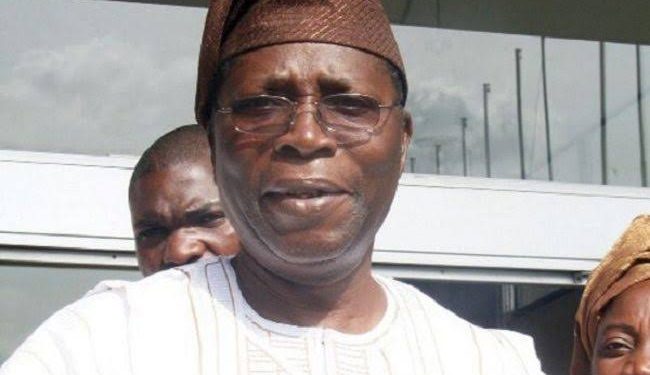 President Muhammadu Buhari has condoled with the government and people of Ogun, Ekiti and Oyo states over the passing of former military governor and administrator, Gen. Adetunji Idowu Olurin.

In a statement by the Special Adviser to the President on Media and Publicity, Femi Adesina, Buhari said he joined family, friends and professional colleagues in mourning the military officer, who served the country meritoriously in his career.

Recalling his service in various capacities to the nation, Buhari described Olurin as an outstanding ECOMOG Commander in Liberia.

The President prayed the Almighty God to grant the departed soul eternal rest, and comfort his family.

Similarly, Ogun State governor, Dapo Abiodun, in a condolence message by his Chief Press Secretary, Kunle Somorin, expressed shock over the news of the death of Olurin, whom he described as a gallant military officer and astute administrator.

Abiodun said the death of the former civilian administrator of Ekiti State occurred at a time the country and Ogun State needed his security expertise in tackling various security challenges confronting the nation.

“On behalf of my family and the people of Ogun State, I commiserate with the entire Olurin Family of Ilaro. The demise of one of Nigeria’s finest military officers is a painful loss to our state and the country,” Abiodun stated.

His counterpart in Oyo State, Governor Seyi Makinde, while condoling with the family, described the late former MILAD as “one of the past administrators who shaped our great state.”

A statement by his Chief Press Secretary, Mr. Taiwo Adisa, said Governor Makinde commiserated with the Governor of Ogun State, Prince Dapo Abiodun, the people of Ogun State and the Olurin family.

He said: “I learnt of the death of the former Military Administrator of Oyo State, General ‘Tunji Idowu Olurin. It is sunset for another great man and one of the first set of leaders that providence gave to Oyo State at its earliest stage.

“Through the efforts and contributions of Gen. Olurin and other leaders, the foundation for the shaping of the Pacesetter State, which has become a first among equals, was successfully laid.”

The statement read: “On behalf of the Government and people of Lagos State, I want to express my sincere and heartfelt sympathy to the family, friends and associates of the late Brigadier-General Adetunji Olurin (rtd) as well as the Nigerian Army, Ogun State Governor, Prince Dapo Abiodun and the entire people of the State.

“He made lots of positive impact and contributions to governance during his lifetime, first as a Military Governor of Oyo State between September 1985 and July 1988 and later as Sole Administrator of Ekiti State between October 19, 2006 and April 27, 2007.

“I pray that God will grant Brigadier-General Adetunji Olurin (rtd) eternal rest and give the immediate family, friends, Nigerian Army and the people of Ilaro and Ogun State the fortitude to bear the irreparable loss.”

Daniel, in a statement he personally signed, described the late General as eminent statesman and disciplined officer who served Nigeria and Ogun with grace and candour.

Senator Adeola in a statement made available to newsmen in Abeokuta by his Media Adviser, Kayode Odunaro, said the passing of the famous army general was as a huge loss not only to his people in Ilaro, Yewaland and Ogun state, but indeed a great loss to Nigeria and the international community.

“General Olurin was a true patriot, a nationalist that sacrificed much not only for the unity of Nigeria but peace and security in the West African sub-region and African continent. His expertise in security and administration will be sorely missed”, the senator stated.

In his own condolence message, Isiaka noted that the late Olurin devouted his life to the service of humanity.

“He was a consummate military officer whose intervention in crucial national assignments, left indelible landmarks. Baba was also a seasoned administrator who did creditably well when called to serve as a Military Governor and later in life as Sole Administrator, Isiaka said. 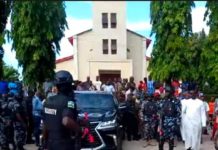