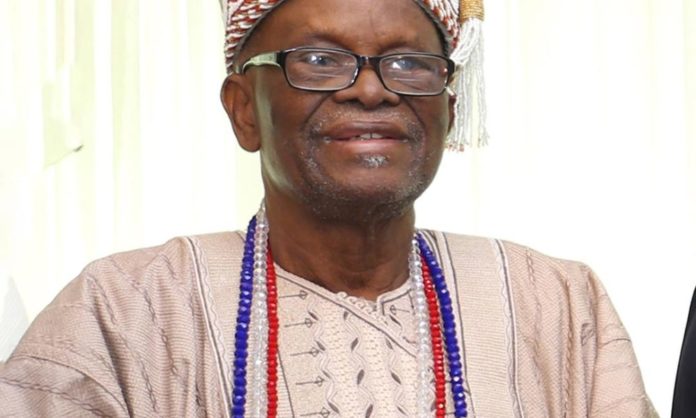 The Owu Kingdom will on Friday, January 21, Saturday, 22 and Sunday, 23 organise a night of tribute, interfaith/interdenominational and Thanksgiving services for the late Olowu of Owu, Oba Adegboyega Dosumu.

Oba Dosumu had joined his forebears on December 12 at the age of 85.

Addressing newsmen on Thursday at the Olowu Palace, Oke Ago Owu, Abeokuta, the Jagunmolu of Owu, Chief Rotimi Olasode-Martins, said the activities were to celebrate the passing of their late monarch.

Olasode-Martins, who is also the Chairman, Planning Committee of the two-day event tagged ‘Celebration of Life’, explained that the committee, having got the nod of the Balogun of Owu Kingdom, former President Olusegun Obasanjo, will organize a night of tribute on Friday at Oba Adisa Odeleye Park, Sokori, Abeokuta, starting from 4 pm.

He added that the interdenominational/interfaith service to be conducted by the Ogun State Christians Association of Nigeria (CAN) and the Owu Muslim Community, will commence by 10 am on Saturday at the same venue.

The Owu High Chief, however, said a Thanksgiving Service will be held on Sunday, at the Mainland Baptist Church at Oke Ago-Owu.

On when the new Olowu will be announced, the Akogun of Owu, Chief Isola Akinsipo, said that the selection process for the next monarch will commence after all the rites for the late Olowu have been completed.

He expressed optimism that before the end of the year, the new Olowu which will come from Otileta Ruling House will emerge.

Contributing, the Oganla of Owu, Johnson Olu Fatoki, eulogised the late Oba Dosumu for being a symbol of unity.

“Baba (Olowu) was a symbol of unity. He enhanced the unity that existed between the three sections of Owu-Erunmu Owu, Apomu Owu and Oke Ago Owu.

“He will also be remembered for encouraging and installing coronet traditional rulers in Owu settlements in Egbaland. In fact, it was this bold step of his that spurred the Alake of Egbaland to begin the installation of monarchs in Ake townships and villages. He will be sorely be missed by all”, Fatoki stated.