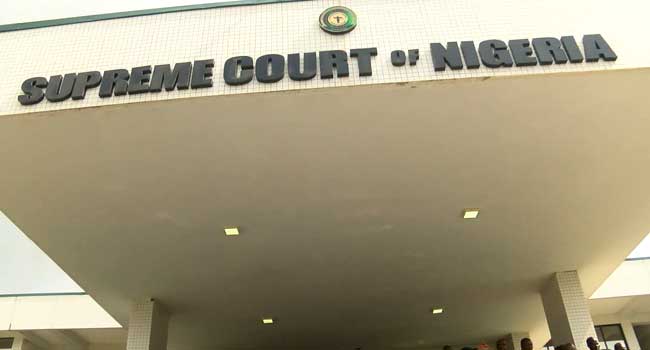 President of the Oil Mineral Producing Areas Landlords Association of Nigeria (OMPALAN), Bishop Udo Azogu, has appealed to all the parties in the pending suit at the Supreme Court between Rivers and Imo State governments, over the ownership of the Akri oil field, to abide by the decision of the earlier supreme Court judgement.

Azogu recalled that the Supreme Court Judgment had already been delivered on March 10, 2006, in SC.244/2001, over ownership and location of the disputed parcel of land located within the boundaries of Imo and Rivers States, known as ‘Egweukwu’, with Survey Plan No. POMW 6 bearing Akri oil wells.

The OMPALAN President, in a statement he made available to newsmen, in Owerri, yesterday, explained that the suit was instituted originally at the High Court, Oguta, in 1977, by Alphonsus Nkuma from Ogwuma village of Oguta, in Oguta Local Government Area (LGA) of Imo State, appearing as Plaintiff/Appellant, (for himself and on behalf of the People of Ogwuma Village in Oguta LGA of Imo State).

Others also involved, he said, are Nwapa Anene, Defendants/Appellants, Besie Azogu, Augustine Azogu, Nwapa Udogwu, Ukachukwu Osiekwe, Chukwuma Nkuma, for themselves and on behalf of the people of Ogwuma Village, Oguta, in Oguta LGA of Imo State.

However, he claimed that successive governments of Imo State refused to obey the said Supreme Court judgment on ownership of the land awarded to the Akono Edem family of Isukwa in Rivers State, but the land is situated in Oguta in Imo State, and continued to lay claim to the ‘Egweukwu’ land bearing Akri oil wells using the judgment debtors, the Ogwuma people of Oguta as fronts.

“The climax is the lawlessness exhibited by the present Imo State government in forcefully sacking the Judgment Creditors, the Akono Edem family of Isukwa Community in Rivers State, from their ancestral land, while bringing back the Ogwuma people of Oguta, Imo State, the judgment debtors, as owners of the land, in breach of the said supreme court judgment.”

He disclosed that the matter is already generating tension in Akri oil field because of annexation of Egweukwu land by the judgment debtors – the Ogwuma people of Oguta, with the overt support of the Imo State government, in breach of the said supreme court judgment.