The Vice-chairman of FAMFA Oil Limited, Folorunso Alakija, has stated that the current reforms in the oil and gas sector are expected to have a far-reaching impact on revitalising the Nigerian economy.

Alakija stated this while featuring as a guest on a CNN interview programme, One World with Zain Asher, where she discussed issues such as climate change, the African economy, and how Nigeria can diversify its economy to focus on other areas that are safer for the environment.

During her in-depth discussion on the oil and gas sector, she pointed out that as part of the structural adjustments to ramp up oil production, the government has introduced reforms such as the marginal field rounds, the Petroleum Industry Act (PIA) and the transformation of the Nigerian National Petroleum Corporation (NNPC) into a limited liability company.

Alakija said in view of the last marginal field rounds resulting from International Oil Companies (IOCs) divesting from some of their assets in the country, the industry now has more indigenous players, who will help the economy.

On the impact of oil subsidy on the Nigerian economy, she was optimistic that the Dangote Petroleum Refinery, will bring a positive change in the story of subsidy and refining when operational later this year, such that the country will not have to import as much as it currently does.

Apostle Alakija also expressed her views on climate change, highlighting the need for the Government to diversify the economy.

Responding to Asher’s question on how Africa and Nigeria will successfully move away from the impacts of climate change on their economy, Alakija stated that the only way to reduce the impacts is for Nigeria and other African countries to pay more attention to all the other sectors that will not have damaging consequences on the environment.

According to her, these sectors include the manufacturing, agriculture, services and entertainment sectors among others.

“There would be more demands on us now to look inward and to ensure that we are using our land, water, climate, and human resources to ensure that agriculture is ramped up again as it used to be the case before, we found oil,” she said. 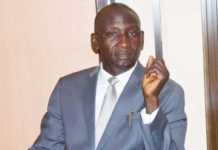 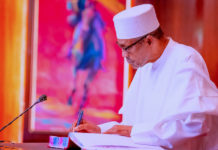 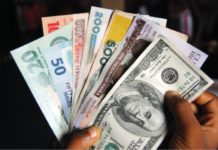