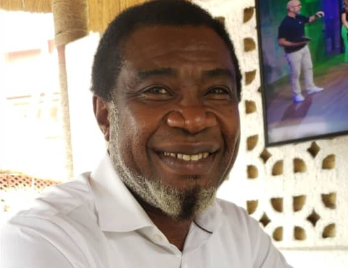 An aspirant for the Chairmanship seat of the Broadcasting Organisation of Nigeria, Sir Godfrey Ohabunwa has pledged to build a unified industry that would speak with one voice and set the narrative for the body if given the opportunity to serve.

Speaking during a parley with the press in Abuja, Ohabunwa said that his primary objective was to see that the broadcast profession becomes self-regulatory as other professional organizations like NBA, ICAN,and NMA in the country.

He noted that the relationship between BON and other regulatory agencies especially NBC, APCON and NCC needed to be strengthened hence the need for the view of a convergence in the media ecosystem.

He stated that to make sure that BON was effective, it would be positioned to leverage on opportunities in international sports events and programs for the benefit of its members’ adding that it hopes to make sure that the licensee enjoys reduced and staggered License fee payment with the NBC.

His words”With the hopeful leadership of BON, I hope to deal with the nagging issues of TV license fee by LGAs, debt profile with Agencies, to see to the use of digital access fee for the development of local content : money to be channels to fund content producers, especially children animation etc. Institute a functional and working audience measurement system for the industry; to review the constitution so as to strengthen grey areas.

“To make sure that the DSO is expedited and profitable to all stakeholders and concerns:- Content / channel owners – reduce license fee and subsidized carriage charge; broadcast signal distributors- strategic corporation between BSD and DTT Pay-tv operators; set Top Box Manufacturers -To make sure that all set top boxes and decoders are Locally manufactured to build capacity of existing 13 licensed manufacturers; NBC to create nationwide awareness and sensitization of the DSO project ; and strengthen harmonious relationships between the industry and the regulator,”Ohabunwa said.

He also stated that on the issues of Television / Radio license fee, his position would seek technological options to solve the issue of collection by Local Governments while pursuing constitutional amendment to its provision in line with global best practice.