The Ogun State governor, Dapo Abiodun, has said his administration will collaborate with the National Assembly and officials of the Nigeria Customs Service (NCS) in ending the importation of adulterated Adire fabrics into the country.

Abiodun stated this at the launch of Adire Market, organized by Ajose Foundation, a pet project of the wife of the governor, Mrs. Bamidele Abiodun, held at the June 12 Cultural Center, Abeokuta.

The event was attended by the former president, Olusegun Obasanjo, former governor of the state, Aremo Olusegun Osoba, wives of Edo, Oyo, Lagos, and representative of the wife of Osun state governor among other top government functionaries.

The governor, who expressed worry over high volume of adulterated Adire fabrics by foreigners which has caused local producers monumental loss to the local producers, urged the National Assembly and other government functionaries to adopt Adire as an official attire for national events in the country.

According to the governor, “Some people just come from a country which I wouldn’t name, to steal our designs go back to their country mass produce it and send it back to us. We will soon embark on #End the Adire stealing”.

He disclosed that government has also concluded plans to introduce Adire in its school curriculum as an authorized uniform for all the students both at the public and private schools across the state.

Abiodun further said that since the inception of his administration, it has embarked on the promotion of locally produced Adire fabrics as a means of empowering the people of the state.

He added that over 20,000 sellers of Adire fabrics have benefitted from the various programmes espoused by his administration.

The governor, who commended the Ajose Foundation for the initiative, noted that Adire business is one of the surest ways of making end meet, which according to him has helped to grow the Small and Medium Scale Enterprises.

While urging the youth to key in into the production of Adire fabrics as a means of empowerment, the governor further described it as a way of making legal income rather than involving in getting-rich-quick-syndrome.

He, however, called on the stakeholders in the culture and tourism sector to partner the government in standardizing the production and market of the local fabric at both local and international level in accordance with the Local Content Agenda of President Muhammad Buhari’s administration.

In her welcome address, wife of the State governor, Mrs. Bamidele Abiodun, said Adire is one of the major cultural heritage of Abeokuta which dated back to centuries, but regretted that the tie and dye fabric makers are going through challenges which threaten their businesses to the point of extinction.

She pointed out that the Adire Market Week was aimed at promoting unique and authentic designs in their splendour as well as showcase it in every hue and colour, adding the activities for the three day event was geared towards taking Adire from Abeokuta to the world. 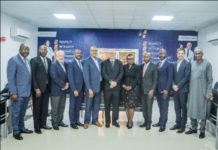 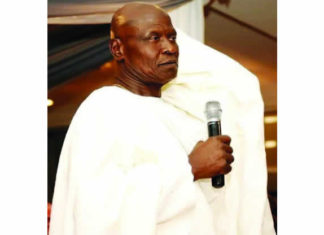