On a lovely warm Sunday evening of April 10 in Ikate, a ritzy coastal community on the rich Lekki Peninsula, Lagos, the people were upbeat and full of life as their amiable monarch, Oba Saheed Ademola Elegushi added a new age to his fascinating life. Of course, there wasn’t any festivity —not because of the Ramadan or that the monarch isn’t appreciative of God’s mercies and grace but the mood of the moment called for low-key activities. There were loads of calls and virtual engagements from friends and some extended family members. However, the monarch had a quiet thanksgiving prayer with his immediate family and select friends in attendance.

It will be recalled that late February, Oba Elegushi, family members, and the entire Ikate Kingdom, were thrown into grief, following the death of the son of the monarch. Spotlight learnt immediately the incident happened, the monarch flew straight to the United States to be by the side of his beloved Queen. After some days, the monarch, not one that would be circling the drain over his bereavement, returned to his kingdom. Since his return, Oba Elegushi has braced up and resumed his duty of taking care of his subjects. At a time when the roles and responsibilities of traditional rulers have become subjects of public scrutiny, the cosmopolitan and debonair Oba Elegushi, 12 years after the responsibility was entrusted on him, has continued to represent with flair and flourish all that is expected of a 21st century monarch. 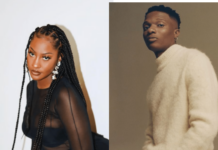 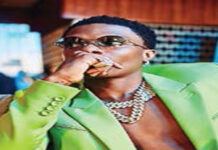 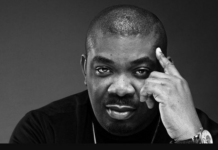