The Oba of Benin, Oba Ewuare II, yesterday, sued for global peace in Russia and Ukraine war, amidst deep and growing frustration seven months after the war began.

He said he has been praying to God and his ancestors to abate the conflict and ease the pains that ebbs and flows like tides against global security.

The Oba expressed his concern when the Turkish Ambassador to Nigeria, Amb. Hidayet Bayraktar paid him a courtesy visit in his palace in Benin City.

He specifically commended the President of Turkey, Recep Tayyip Erdoğan for creating a corridor for humanitarian aid services.

The traditional ruler who expressed optimism that the war will abate, called for an end to the war in the interest of peace, amidst uncertainty, solidarity and hope.

“We are praying that Russia and Ukraine conflict come to an end as quickly as possible for the sake of peace and development of the world. We pray that it doesn’t escalate.

“We are also aware of the role your President played between Ukraine and the Russia State…. You sent much needed grains to Africa, and we say on behalf of Nigeria people and Africans, thank you”, the Benin monarch added.

Addressing the Benin throne, the Turkish Ambassador to Nigeria, Amb. Hidayet Bayraktar explained that his fact-finding mission to Edo State was to explore economic opportunities for Turkey and Nigeria.

“Part of the reasons why we came today is on a fact-finding mission to visit the States in Nigeria …It was a very complex and fruitful meeting. I hope to be here next time”, he said.

In another development, the Benin monarch has affirmed Pa. Samson Ederaro Obaze as the Odionwere (administrative head) of Iyowa village in Ovia North East Local Government Area of Edo State.

He gave the affirmation on Thursday when Pa. Obaze led elders from the village to the Palace to seek approval for his installation, seven years after Obaze’s predecessor transited.

He directed Pa. Obaze to go take charge of affairs as the official recognized representative of the Palace in the locality.

The Odionwere-designate and his people while celebrating the proclamation, expressed gratitude and pledged their loyalty to the monarch, adding that his elevation marks the beginning of a new dawn in Iyowa.

He promised to build bridges of unity among his people towards entrenching peace, growth and development of the village through the support of everyone.

Onaiwu Adams, and Reuben Omoiyekemwen Owie, Secretary of Iyowa elders’ Council who spoke in the same vein, urged indigenes of Iyowa at home and abroad to join hands with the Odionwere to move Iyowa to greater heights. 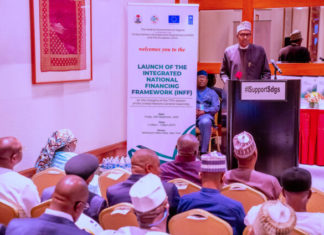