President of the Nigeria School Sports Federation, Olabisi Joseph, has assured that the body will maximise the potential of students at the second World School Athletics trials, which gets underway on Wednesday (today) in Abeokuta, reports.

The event serves as qualifiers for the International School Sport Federation U-18 World School Athletics Championships in Turkey from June 19 to 25, as well as the ISF U-15 World School Sport Games, which will be held in Brazil from August 19 to 27.

Joseph recalled that the first edition of the trials has given the NSSF the impetus to stage the second and get more representatives for the country following the revelation of Ronke Akanbi, an SS1 pupil from Ogun State, who won gold in the girls 3000m race at the 19th ISF Gymnasiade in France in 2022.

The 18-year-old schoolgirl’s record run broke the 33-year-old national record of 9:41.28 in the event, which was set by Itsemhike Anwalimhobor March 22, 1989 in Benin City.

“Last year, the athletics trials was an eyeopener because we were able to see that there are abundant talents in Nigerian schools. For example, the girl that won gold is from Yewa college, a community school in Ogun State,” Joseph told .

“So, we expect a lot of new crops of talents, we expect to discover exceptional kids who will use this platform to showcase their talents and we also expect to see coaches who will be able to develop the skills of these kids. And possibly, we will have some scouts to come see the children.

“Already, we have informed the federal ministry of education and the ministry of sports, the NOC, the AFN to be part of this and we expect they’ll be around to come and encourage the children.”

She also noted that the officiating of the trials will be in line with global best practices, so as to prepare the athletes for what to come.

“For all our events, we ensure that the standard is there, especially that it’s an international event qualifier where we will have winners represent Nigerian. So, we are using the recognised officials. And also, the NSSF athletics committee will be working with them. And of course, we will use the electronic timing machine photo finish, which is of international standard,” she noted.

Leicester come from behind to defeat Villa 4-2 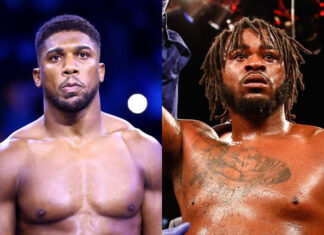