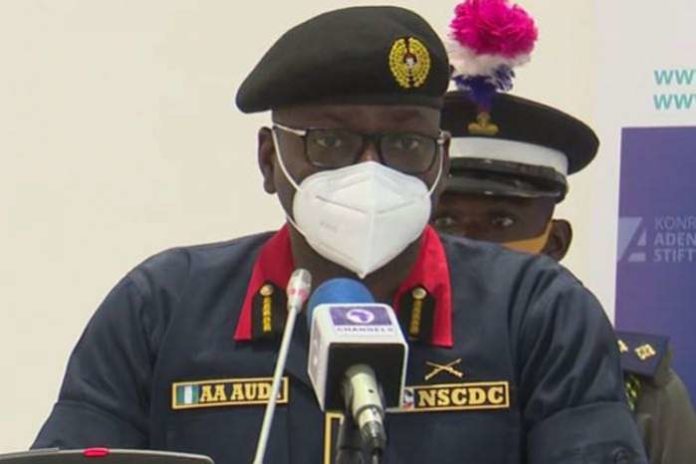 The Kwara Command of the Nigeria Security and Civil Defence Corps (NSCDC) has warned petroleum marketers against hoarding and selling fuel above the recommended pump price.

The warning is contained in a statement signed by Mr Babawale Afolabi, spokesperson of the command and issued to newsmen on Sunday in Ilorin.

“They should not create artificial scarcity, through hoarding of the products,” the statement said.

It quoted the State Commandant, Mr Makinde Ayinla, as giving the warning while inspecting some petrol stations in Ilorin.

“The Command will not hesitate to seal any erring filing station and prosecute the owners,” he said.

The commandant, represented by Mr Yusuf Ayinde, Head of Anti-Vandal Unit, read the riot act to the stations that reportedly refused to sell fuel.

“Based on intelligence , some filling stations had been accused of selling petrol for as much as N250, which is above the recommended pump price of N165,” he said.

The statement said that some fuel stations “were caught in the act and were ordered to revert to the recommended price.”

Some of the stations visited were NNPC in the Surulere Area, Topland  and Demo at Amilegbe, Total Comfort and Oilfield at Ita-Amo.

The statement said the exercise would continue on Monday with the inspection of more filling stations. (NAN)