A police officer attached to the Azare Area Command of the Nigeria Police Force, Bauchi State, SP Suleiman Umar, has been allegedly brutalised by men of the Nigeria Security and Civil Defence Corps and local hunters.

The team was allegedly attached to the Senior Special Assistant to Governor Bala Mohammed on Security, Alhaji Umar Shayi.

An official of the NSCDC, ASC Hassan Usman, was said to have led the group to perpetrate the act on the police officer.

Speaking in a telephone interview with our correspondent on Sunday, Umar said he was beaten by the security team without any provocation.

He said, “Yesterday (Saturday), I went to drop my children at school and was returning and heading towards our family house to greet them around the Emir’s Palace Roundabout. While I was driving, I got to a place where there was a Hilux van belonging to Baushe Hunters was parked in the middle of the road; they were trying to get at a Keke NAPEP rider who rode recklessly in front of them.

“Since I was behind them and had no business with them, I drove past them and immediately I did that, they started abusing me. So, I asked them why they were abusing me. When I got close to the roundabout, I got down and was about to enter our family house there.

“Suddenly, they parked close to me and alighted from their vehicle. Immediately they got me, the leader of their team, an official of the Nigeria Security and Civil Defence Corp, ASC Hassan Usman, brought out a cable and started flogging me with it.

“I told him, ‘Don’t beat me, I’m a Superintendent of Police, what have I done to you?’ but he refused to stop. He was in uniform and was with some men of Baushe Hunters.

“It was when people started gathering at the scene that they entered their vehicle and sped off. Although I was in mufti, they saw my uniform in my car and I tried showing them my identity card and I was with my gun in my hand, but they just wouldn’t listen. They used their shoes to march on me while I was on the ground. They broke one of my phones.”

He said a policeman who was at the scene took him to the ‘A’ Division where he reported the incident and was taken to the Emergency Unit of the Abubakar Tafawa Balewa University Teaching Hospital for treatment.

The officer demanded justice for what was done to him by the security operatives.

He said the state Commissioner of Police, Aminu Alhassan, had ordered an immediate investigation into the incident.

The Public Relations Officer of the NSCDC in the state, Ibrahim Gabdo, described the incident as unfortunate.

He denied that any official of the agency was involved in the attack.

He said, “While going for a programme at a stadium on Saturday, a commercial motorcyclist tried to obstruct a convoy and the vigilantes stopped him from doing so for security reasons.

“A man in mufti, who was later identified as a police officer, stopped to question what was happening. It was at that point that there was an attempt on him by the vigilantes, but it was not from our personnel as erroneously suggested.”

Gabdo, however, said the issue had been amicably resolved during a meeting between the leadership of the two agencies. 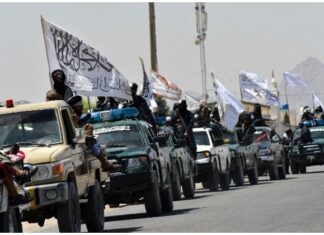