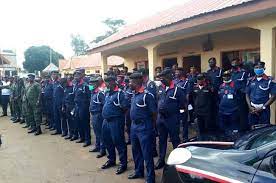 The Nigeria Security and Civil Defence Corps(NSCDC), Ondo State Command, has inaugurated a Marine Base in Iju-Osun community in Irele Local Government Area of the state.

NSCDC’s state Commandant, Dr Hammed Abodunrin, while inaugurating the Marine Base on Friday, said that the base would now place the command at a vantage position to adequately address the issue of oil bunkering and other crimes in the area.

Abodunrin said that the gesture was to mark the 2022 World Civil Defence Day celebration with the theme “Management of Displaced Populations In Face of Disasters And Crises; Role of Volunteers And The Fight Against Pandemics.”

According to him, the initiative is part of NSCDC Commander General’s directives to provide security to everybody in the state including those living in rural areas.

Abodunrin, who explained that the base was first of its kind in the state by NSCDC, said Iju-Osun was chosen because of the incessant criminal activities in the area that led to the closure of the only market in the community.

According to him, NSCDC has to create the base to give adequate safety cover to the people living in the area .

“Now, we have a base here with a patrol boat to intensify our efforts in managing disaster around the area.

“Kabiyesi had earlier told us that there was market in the community before but due to insecurity nobody was coming to do their marketing.

“Now, with our presence here, the market will resuscitate and people will come back and it will also boost the economy of the community,” he said.

The commandant commended the people of the community for their cooperation, provision of building, land and allowing their water front for the base.

He promised to sustain the synergy between the command and other security agencies to tackle the issue of insecurity in the state.

“The people of Iju-Osun should keep on cooperating  with us because when we cooperate with each other we are going to benefit a lot from each other.

“Now that we are here, criminals should learn to either turn a new leaf or shift base because no criminal activities will be tolerated any longer here,” he warned.

In his remarks, Mr Olusegun Ajimotokin, Chairman, Irele Local Government,  commended the NSCDC for the establishment of the base, saying that it would improve the security network of the community.

While promising to sustain the council’s support for security agencies, Ajimotokin called on members of the community to join hands with the NSCDC and other security  agencies to flush out criminals in the area.

Oba Samuel Oyegbemi, Oluhogho of Iju-Osun, appreciated the NSCDC especially, the commandant for finding the community worthy and going beyond the call of duty, to deliver a world class project.

Oba Oyegbemi, who attributed the insecurity in the area to unemployment among others, appealed to all tiers of government to help the community in fighting crime and criminality in the area. (NAN) 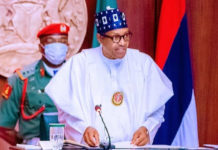 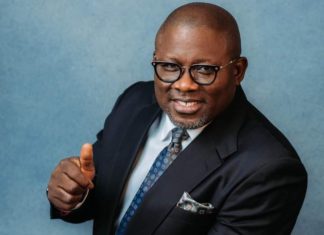