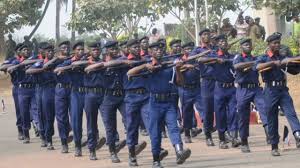 Dr Hammed Abodunrin, NSCDC State Commandant, made this known in an interview with the News Agency of Nigeria(NAN) on Friday in Akure.

He said the deployment was aimed at providing adequate security to electoral officials, electorate and election materials.

He assured residents of the state that the command was committed to safeguard lives and property during and after the election.

The commandant further reiterated the commitment of the corps towards ensuring peaceful poll in collaboration with other security agencies.

“NSCDC will deploy over 500 personnel both in plain cloth and uniform men for the election, while police who is leading agency in the election matter will also be participating.

“About 2,000 security personnel are needed for the election. All security agencies in the state are contributing to ensure that everything is okay. Even Army will be on standby because we don’t want to take anything for granted,” he said.

He warned that any act capable of breaching public peace during and after the exercise would not be condoned.

“Electorate should not panic because election is not a war. They should go out and vote for their candidate,” he said.

NAN reports that the seat became vacant following the death of Adedayo Omolafe of the Peoples’ Democratic Party on Aug. 26, 2021. (NAN) www.nannews.ng