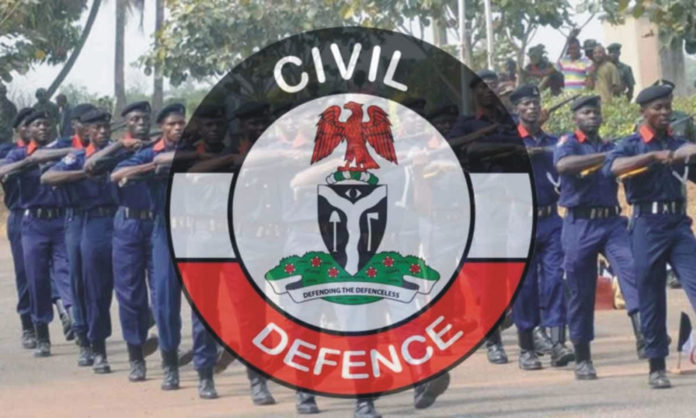 The Lagos State Command of Nigeria Security and Civil Defence Corps (NSCDC) has arrested nine Ghanaians for smuggling in about 201 bags of Indian hemp (cannabis sativa) into the country.

According to the state commandant, Edenabu Okoro Eweka, the suspects smuggled the goods through the Nigeria shore with the aid of their Nigerian counterpart and that the operation was an intelligent driven with the support of the Nigerian Navy. He explained that the major work was done by the marine unit of NSCDC who followed an Intel for two weeks before making the arrest.

“The suspects loaded a ship with all of the product with the hope of smuggling it into to the country but they didn’t know that our Ghanaian counterpart had informed us and we followed up. From our investigation, the hemp is worth ₦200M in the market.

“The suspects were traced with the aid of two of the 17 boats that was recently donated to us. They were caught when they ran out of fuel and one of them strolled into the country to get fuel for their both. It was then our officers descended on them,” he stated.

Eweka continued that though it was not in the jurisdiction of the agency to prosecute on drug matter, “the interwoven connectivity between drug addiction and government’s critical infrastructures necessitate the arrest.”

The agency also parade three young men who specializes in vandalization of amoured cables in Ikeja. The three suspects are said to have been terrorizing the state capital for more than two years. The suspects; Abdul Rahman, Shina Taiwo and Sunday Amon are all residents in the area.