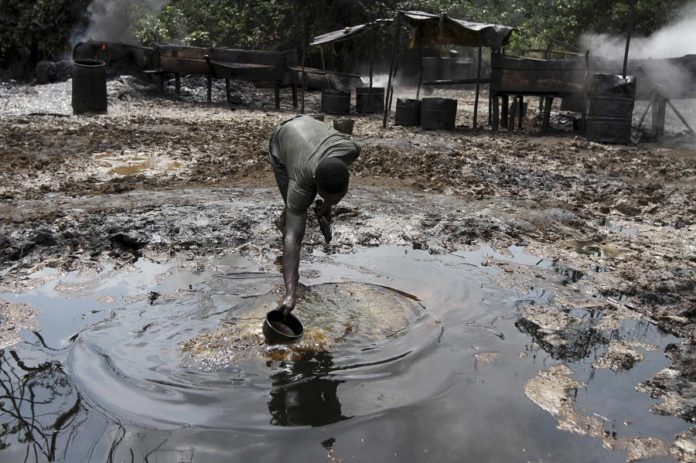 There is no let up in the condemnation of the report Joint Investigation Visit (JIV), of the Oil Mining Lease (OML)29 Santa Barbara south field Well 01 blowout in Nembe Local Government Area of Bayelsa State released by the National Oil Spill Detection and Response Agency (NOSDRA) and Nigerian Upstream Petroleum Regulatory Commission(NUPRC).

More groups have described it as a hatchet job executed to favour AITEO to short-change the people of Bayelsa .

James who doubles as the Chairman of the Civil Liberty Organisation in Bayelsa State and coordinator of Association of Rural Chiefs for Peace and Development said NOSDRA and NUPRC should be ashamed of the JIV report it presented.

According to him NOSDRA, which is grossly underfunded, has no capacity to investigate any oil spill in the Niger Delta region.

He disclosed that during his tenure as Chairman of the Oil and Gas Committee in Nembe, he had refused to append his signature to many JIVs because of the compromising attitude of NOSDRA.

“I want to challenge NOSDRA to show the world the helicopter and the speed boat its officials used to carry out the JIV. NOSDRA is underfunded, it does not have the capacity to investigate oil spills. The logistics and everything it used was given to it by AITEO. The boats used belonged to AITEO, so how can they now produce a report against AITEO. The report is not acceptable. I have refused to sign many JIV in the past because of the way NOSDRA allowed itself to be compromised,” he said.

According to him, what NOSDRA and NUPRC have just demonstrated is what civil society groups monitoring activities in the oil industry would call regulatory capture.

He demanded for an independent forensic investigation, noting that ERA/ FoEN have the capacity to get the truth.

“That the report released by NOSDRA and NUPRC is unfounded. It has no empirical evidence. The wing wave value and other accessories were removed before the regulatory agencies got to the site. So the question is who removed them. It is common for Oil Companies to say sabotage. The regulatory authorities are absolutely wrong over this.

“Even before the JIV was conducted AITEO and its workers have said it was sabotage. The day I went there with other civil society groups we were not allowed to assess the place, that was what the workers said, so even before JIV they had concluded that it was sabotage.

“Without any scientific proof, they are saying that what AITEO said was true. This is what we said about regulatory capture. Whatever the regulatory agencies says is their business, nobody would believe them. How would anybody remove one side of the wing wave and leave the other side.

“There is a need for an independent investigation. ERA has done it before and we can still do it. All that we need is the cooperation of the Bayelsa State Government whose people are suffering from the pollution and the damages caused by the oil spill.”