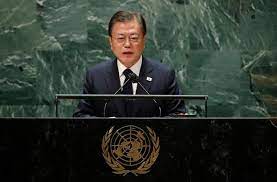 North Korea has called a South Korean proposal to declare a formal end to the Korean War “an interesting and an admirable idea” and signalled a willingness to resume talks with some preconditions.

“The declaration of the termination of the war is an interesting and an admirable idea in that itself is meant to put a physical end to the unstable state of ceasefire.

“The unstable state of ceasefire that had remained on the Korean peninsula for a long time,’’ Kim Yo Jong said.

Jong, who the vice department director of the Central Committee of the Workers’ Party of Korea, said in a statement released on Friday.

She said that “double-dealing attitudes, illogical prejudice, bad habits” and a hostile South Korean stance must be dropped by Seoul before there could be any talks.

Her remarks were carried by state news agency KCNA on Friday.

South Korean President Moon Jae In suggested at the UN General Assembly in New York earlier this week that dialogue both between his country and North Korea and between the US and North Korea must resume as soon as possible.

Earlier Friday, South Korea’s Yonhap news agency cited a statement by North Korea’s Vice Foreign Minister Ri Thae Song as saying that an end-of-war declaration had “no legal binding force” and would become a mere scrap of paper in a moment upon changes in situations.

“There is no vouch that the mere declaration of the termination of the war will lead to the withdrawal of the hostile policy toward the DPRK (North Korea), under the present situation on the peninsula inching close to a touch-and-go situation,’’ the minister asserted.

In spite of a 1953 armistice, the Korean War has never officially ended.

A thaw in relations between North and South Korea took place in 2018 and there were direct talks between the two Koreas, but progress then suddenly stalled.

South and North Korea reopened their official communication links in July after a long radio silence.

However, North Korea stopped answering calls from South Korea in protest at joint military exercises between South Korea and the U.S. in August.

Similarly, there has been renewed tension and radio silence between the two Koreas recently following North Korean missile tests.

North Korea is subject to harsh international sanctions because of its nuclear weapons programme.

Negotiations between the U.S. and North Korea over its nuclear programme have not made any progress for more than two and a half years.

The U.S. under President Joe Biden has said it is ready to meet North Korean officials anywhere, anytime.  (dpa/NAN) 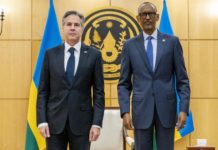 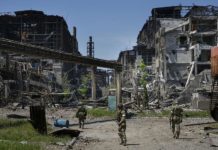 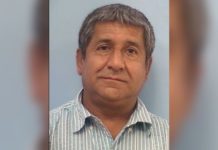 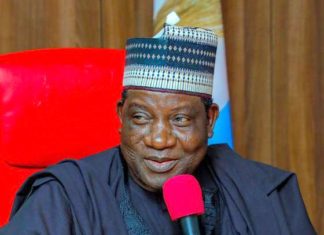