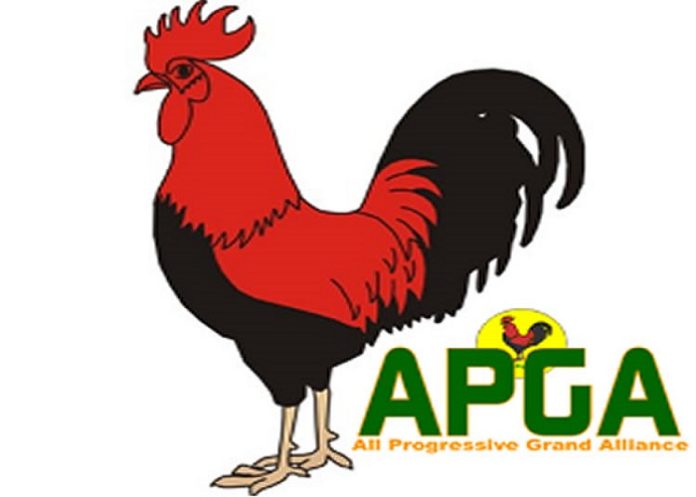 All Progressives Grand Alliance (APGA) has vowed to ensure no other political party wins elections in Anambra State, at least, in the next eight years, starting from 2023.

This, it said, has been made possible by some grand plots it has activated. The plots, it said, have been made more potent with the victory of Chukwuma Soludo at the November 6, 2021 governorship election in the state.

Secretary of the party in Aguata Local Government Area, Pius Ezeudu, an engineer, disclosed this in Ekwulobia community, Aguata council while addressing the party faithful.

Ezeudu, who made the revelation during the official reception of Okwudili Ezeike, public health adviser based in the United States of America at Ward 1, revealed that one of the strategies was the use of APGA as a cooperative society.

“I want to repeat it. In the next eight years, as far as Soludo will be the next governor of this state, no other party will win elections in Anambra because we have already started compiling the names. We want to move this APGA as a cooperative.

“And after the compilation of the names and forming it as a cooperative, I don’t think any other party will survive in Anambra State in the next eight years,” Ezeudu said.