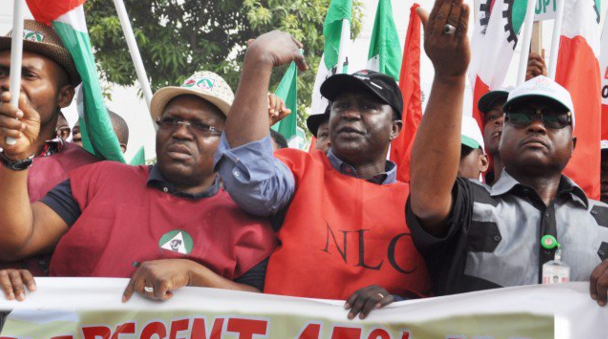 The Nigeria Labour Congress (NLC) has refuted media reports credited to the Head of Civil Service that the Academic Staff Union of Universities (ASUU), is not a trade Union.

The NLC in a statement by its President, Mr Ayuba Wabba on Thursday, insisted that ASUU is a trade union affiliated to the NLC, describing the HoS’ position as a “fallacious and gross misrepresentation of facts”.

According to the NLC President, “Dr Folasade Yemi-Esan is not well informed of the claims she made as she is not a competent authority to assert on trade union registration and indeed ancillary trade union concerns in Nigeria.

“We also urge Nigerian workers and other wellmeaning members of the public to ignore her comments. “The labour leader stated.

Wabba, while further puncturing her claims, recalled that ASUU was formed in 1978 and was a successor body to the Nigerian Association of University Teachers formed in 1965.

The history of ASUU as a trade union has been that of struggles. The shining badge in the antecedents of ASUU is the commitment of the union to fight for the interests of its members and those of the ordinary Nigerian.

“The persistent demand and activism by ASUU for wage and social justice has seen the union and its members come under very heavy shellacking by successive governments in Nigeria.

“It is truly sad that such a pan-Nigerian and progressive union composed of some of the very best intellectuals in Nigeria could be easily dismissed as not being a trade union by the Head of the Civil Service of the Federation. Whatever Dr. Mrs. Yemi-Esan wants to achieve with such a fallacious claim is difficult to discern.

“We implore the Academic Staff Union of Universities which has been the intellectual backbone of Organized Labour and workers in Nigeria to ignore the disparaging claims by the Head of the Civil Service of the Federation.” He said.

The HoS, Dr Folasade Yemi-Esan at the opening of the 2020/2021 Joint National Public Service Negotiating Council Meeting, said ASUU is not a trade union.