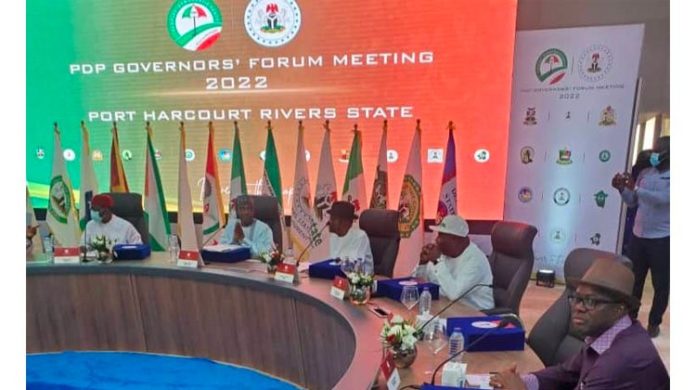 Some of the PDP governors at the venue of the meeting in Port Harcourt.

Nine governors of the Peoples Democratic Party, including the Deputy Governor of Zamfara State, have arrived at Government House, Port Harcourt, the venue for their proposed meeting.

Thirteen governors are expected for the meeting in Port Harcourt, but as of press time, only nine were already in the state.

Among those in the state are the Chairman of the Forum and Governor of Sokoto State, Amini Waziri Tambuwal; Governor Ifeanyi Okowa of Delta State, Sen. Douye Diri of Bayelsa State, Bala Mohammed of Bauchi State; Abia State Governor, Okezie Ikpeazu; and Ahmadu Fintiri of Adamawa State.

The meeting which is scheduled to hold at the Governor’s lodge in Port Harcourt, till 11:45 am was yet to commence as the participants were still coming in.

On arrival on Sunday, the host, Governor Nyesome Wike of Rivers State, hosted some of the governors to a Gala Night.

The Director-General of PDP Governors Forum, Cyril Maduabum, had in a statement on Sunday, said the meeting would review the state of the States, the state of the nation, and readiness of the PDP to provide the necessary leadership to rescue and rebuild Nigeria.

Maduabum said, “All the elected PDP Governors are expected to attend the meeting to be presided over by the Chairman of the Forum, Rt Hon Aminu Waziri Tambuwal, CFR .

“The PDP Governors are working in concert and consultations with other leaders of the party and in particular the Senator Dr Iyorchia Ayu led National Executive Committee of PDP to craft a credible process and programme for Nigeria’s positive rebirth.”

However, it is believed that as part of its agenda the forum would pay attention to who becomes the party’s presidential candidate in 2023 as part of the push to rebuild Nigeria. 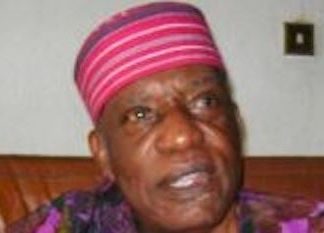