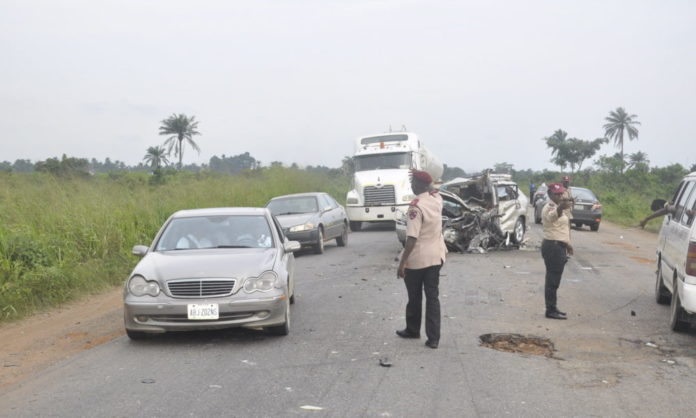 Nine persons have been confirmed dead and one injured in an accident that involved a Volkswagen Golf three and a tricycle in the Birniwa Local Government Area of Jigawa State.

He said the incident happened on Friday near Birniwa town along Nguru road, where the driver of the commercial car lost control and had a head on collision with the tricycle as a result of overspeeding.

Adamu said that thae victims of the crash include seven females and two males while two other males were injured.

He said the injured victims were rushed to Birniwa General Hospital for medical attention while the deceased’s corpses were handed over to their families and were buried in accordance to the teaching of Islam.