Chairman of the House of Representatives Committee on Defence, Babajimi Benson, has stated that the N2.74tn budgeted for security in the 2023 Appropriation Act is inadequate. He said the entire Federal Government budget with estimates totalling N21,827,188,747,391 is “insignificant” when converted to United States dollars.

Benson, who is representing Ikorodu Federal Constituency in Lagos State at the House, said the capital component of the security budget, especially for the Armed Forces, should be pulled out of the current envelope budget system.

The lawmaker said this on Tuesday while featuring on Your View, a current affairs programme on .

The President, Major General Muhammadu Buhari (retd.) had on Tuesday signed the 2023 Appropriation Bill, which the National Assembly passed on Wednesday last week, into law.

When asked if the amount allocated to security was adequate, Benson said, “As you are aware, the 2023 budget was signed yesterday. Of course, it is about N21tn and 13 per cent of it was earmarked for the Defence sector, which came to about N2.74tn. Yes, the money is huge. In fairness, you must continue to spend (on security). Show me a prosperous nation, you will see that security in that country is very high. The budget, though huge in naira terms; converting the money to dollars makes it a bit insignificant.

“You must also be aware that personnel and other costs…the Armed Forces is one of the agencies in the world that take care of you from when you join (them) till when you die. There is nothing that you buy from your pocket. Even your burial is taken over by the Nigerian Armed Forces. So, Mr President, in his kind wisdom, signed what us called the MAFA (Manual of Financial Administration) which is an enhancement of the welfare of men in service. These are our brothers and sisters who put their lives on the line to make us secure.

“We are here today because Nigeria is secure. So, no matter what we do, we must put them first. The notion where Nigerians say Nigeria is at war; it is not Nigeria that is at war, it is all of us that are at war. The government is trying to enhance the budget. It is good but it could be better. On whether this amount will be enough, it is never enough.”

Describing the N2.74tn as “a good sum,” the lawmaker pointed out that the current budgetary system is not appropriate for the Armed Forces.

He also called for improved security funding, noting that the current budget for arms and ammunition is just about the cost of the 12 A-29 Super Tucano fighter jets procured by Nigeria from the US (with about $500m).

Benson said, “My idea is to yank off capital or Defence purchases from the budget because the budget can’t carry it. You need to buy fleets of planes and ammunition that are not readily produced in any country and you have to place orders. The budget style we use is the envelope system, which can’t carry as much as it should carry. The budget of some African countries, when it comes to Defence, is way bigger than ours. If you also look at what is called ‘Table of Equipment,’ you will see… We are ranking up and we can do a lot better. Doing a lot better means you need to spend a lot more.

“The Tucanos we recently bought were purchased with millions of dollars. If you convert it to dollars, it is almost the equivalent of the current capital budget (for Defence). So, we are still punching beyond our weight. The budget is increasing and the money has shown because there is less insurgency and more security. The Christmas period was a good example of how safe the country has become.” 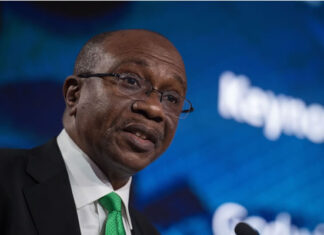