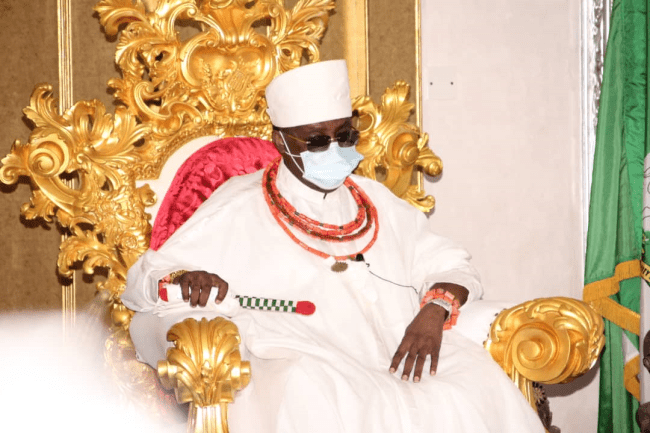 The Oba of Benin, Ewuare II, yesterday, said that the country’s  problems, ranging from human trafficking to lack of unity, among many others, can only be solved if Nigerians agree to work together as one entity.

He stated this while playing host to Chief Dele Momodu, the publisher of celebrity magazine, Ovation International, who paid him a courtesy call to intimate him on his 2023 presidential ambition.

The Oba noted that Nigeria was not the only country battling with several issues and asserted that the traditional institution would do all it could to eradicate the problems or  reduce their effect.

He thanked Chief Momodu for keeping the Ovation International magazine going and maintaining the high standard it was known for over the years.

In his remarks, Chief Momodu told the Benin monarch that his desire to succeed President Muhammadu Buhari in 2023 was borne out of his dream to unite the country and save it from total collapse, as things were not functioning properly at the moment.

He disclosed that his years of traversing the globe and engaging with world leaders would put him in good stead in achieving his blueprint for a better Nigeria.