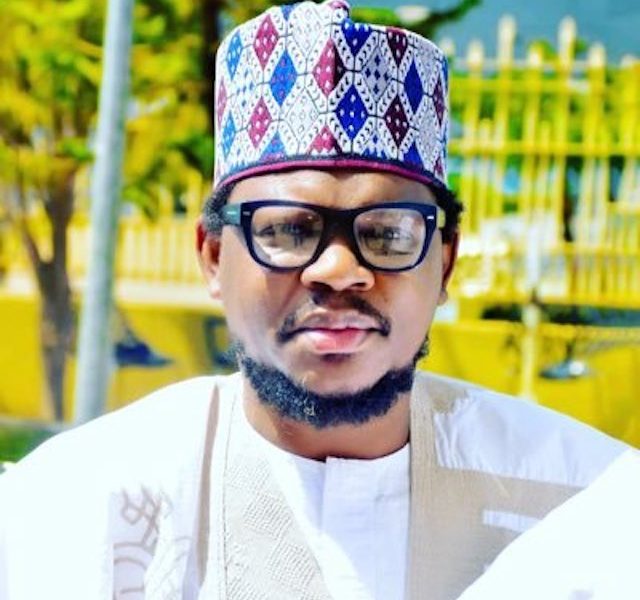 Former presidential aspirant Adamu Garba is having it rough in the cyber world and some Nigerians are mocking him over his ordeal.

Garba, who supports Buhari’s government ban on Twitter, was stunned when on Monday, Google Play tossed out the app for his Crowwe social media platform.

He later explained that he was the one that asked Google Play to do so because it contained some technical flaws.

He announced this on Facebook, claiming it was done because he “voices’ contrary opinion, we guess over the Twitter ban.

He then wanted to profit from this by turning his adversity into an opportunity, asking Nigerians to join Crowwe, the app of which is still available on Apple store.

The post has generated tonnes of reactions, both on Facebook and Twitter, with many commenters divided. While some were unsympathetic to him, some others believe it would make him and Crowwe stronger.

Here are some reactions:

Daniel Oluwaleke Akindele:
You got a just dessert. You were on cloud nine when the vindictive government banned Twitter. You kept doubling down.
You need to learn emotional intelligence. You won’t be the first or the last person to be a supporter of Buhari. However, the way you go about your brand of support for the government shows that you are a clout chaser and attention-seeker hellbent on pulling others to gain prominence.

Abdulrazaq Obi Momoh
They may think they are mighty but they are making you more stronger.. this is to show the world you are going places.
Allah is sufficient for us.
Nigerians must wake up and support their own, we can’t be our own enemies.
#CROWWE must work for all!
United we move 💪 💪💪

Jemialu Tobi Joshua
The DOTians are showing you what they are up to.
I told you yesterday that, the ‘majority’ lacks technical know-how. But you see the DOTians, they’re the majority as far as tech is concerned. They’re showing you their might already.
Apologize or smell more coffee. The ball is yours, roll it as it pleases you.

Adeyelu Olabanji
In our land they say ‘ if you chase two rats you will eventually loose the two ‘ . Choose a path politics or business look at Dangote Otedola and the likes , they have their political view but they choose to be silent for the sake of their businesses. You’re a good man choose one you may be prosperous . Selah . Jah bless.

Benjamin Mogbo Ojo
Separate your business from politics/religion. This clueless and fraudulent administration have painted the fulanis in bad light. Every fulani should condemn the activities of the herdsmen and insurgents to win back the trust and support of other Nigerians.

Benjamin Mogbo Ojo
Separate your business from politics/religion. This clueless and fraudulent administration have painted the fulanis in bad light. Every fulani should condemn the activities of the herdsmen and insurgents to win back the trust and support of other Nigerians.

Gwamnatin Taraiya Dizo
No single comment here is favoring u, I’m sure this will serve as deterrent to others. U don’t rubbished somebody app and expect ur own to flourish, law of carma.
I was actually thinking a brilliant guy like u could try stitch this country together, alas u are even worst than our current leaders.

Obianuju Azubuike
They have taken it down too??? I thought you said you took down the Crowwe app from playstore yourself. Which one con be ‘too’??

Dewunmi Lagos
You can never, I repeat, never rise up by bringing down others. I’m sorry, they’ll soon take this one down too.
You need to know what these people are feeling.
Even when you get contracts from the government and you know majority of the people does not support the government, you remain silent.
Silence can only be misinterpreted when you give a clue to your opinion. You’ll learn the hard way to keep quiet.

Mazị Chizoba
apologize to the people and change. my father use to say only strong people apologize when they are wrong. I can now see its not everyone who have that mental strength to admit their failure.
In your crave for power, you lost your sense of humanity. Adamu Garba II Adam. Now you have still have facebook make good use of it and apologize.

Ibrahim Dalha Gidan Dukawa
Good for you, you should persuade buhari to ban google and Instagram so that you can come with CowWorld as alternative searching engine in our country,
Up cowBrain

FG banned Twitter, the means of livelihood of many Nigerians, Adamu was happy.

GooglePlay deleted his CrawCraw App.
FG moves to Koo- instead of Koroba.
He can’t tweet cos he’s a govt puppet.
Now IG deletes his account.

What an actual idiot.

Instagram just deleted Adamu Garba’s account. When you mess with the wrong generation, your whole life will be messed up.

You support an insane govt.
Yet they don’t rate you enough to even promote your app after they ban Twitter.

Same FG rejects you for Koo.
GooglePlay delete your app.
Now IG takes down your account.
And you can’t even tweet.

I’ve never met such a smiling buffoon like Adamu Garba.