“It is very unfortunate that the nation’s maritime industry has remained stagnant and moving backward. By now, at our level in this country, the maritime industry ought to have moved forward than this and compete with other maritime nations,” these were the words of the Chief Executive Officer of Wealthy Honey Nigeria Limited and Vice President of Association of Nigerian Licensed Customs Agents (ANLCA), Dr Kayode Farinto.

Farinto, who spoke with Daily Sun on the issues affecting the Nigerian maritime sector, lamented that Nigeria does not have a listening government, which has given room for anybody to do what they like in the industry.

I will only use one word that we are not moving ahead. The maritime sector is very stagnant and we are moving backward. Stagnant and backward, you know these are two funny things.

By now, at our level in this country, we are supposed to have moved more than this. It is very unfortunate that the government we have is not a listening government and that is why anybody does whatever he or she likes in the industry. It is very unfortunate! If I have the privilege of meeting Mr. President today, I will tell him that the maritime industry is not moving forward.

We should commend the importers that are still bringing in consignments through our waterways because they are not protected and there is no enabling environment and ease of doing business in the nation’s maritime industry.

It is not controversy that is why I just told you that we have a Customs management team that is not professional. I owe nobody apologies to say that! It is not professional because they do not give the trading community information. They refuse to carry stakeholders along and in line with World Customs Organisation 2013, which says you must collaborate with stakeholders. Customs does not collaborate with anybody. This bossy idea they are doing and that is why they are not getting it right. It is a matter of policy because when we entered into an agreement on the issue of ECOWAS, it was an agreement that every neighbouring or every member states now be using HScode that the duty of vehicles will be 20 per cent, the duty of semi finished product will be 10 per cent and raw materials will be 5 per cent. Meanwhile, that does not stop you from introducing what is called IAA something, which is on levy.

You can introduce levy but there can’t be levy on used vehicles. However, the Customs has been trying to not allow Nigerians to know about this truth expect we told people at the ECOWAS that is what is happening and what is obtainable in our country. We said no and that is why Customs hurriedly changed the duty on their system on Friday. And instead of them to issue a circular to that effect, they are now denying. We now have a situation where National Public Relations Officer (PRO) of Customs said they did it erroneously and that is why I said he has goofed.

So it is unfortunate that Customs are not telling the trading community what we have to know and they are not even issuing a circular. We now have a situation even Controllers of Area Command are confused. They don’t know what is happening, they only wake up to see that it has been changed on their system. Is that an organised management team? The answer is no! We should fall down the hierarchy from Comptroller General of Customs (CGC) to Area Controllers to disseminate information and we have the Freight Forwarding Association. The former CGC, Dikko, we called him to stakeholders’ meeting, we rubbed minds.

This present CGC has never called a stakeholders’ meeting even when you send letter that you want to see them, they treat such letter with ignominy as if we are not important.

Customs are not professional, with due respect and that is why we are not getting it right. And that will take me to the next 2023 election, who ever that is coming onboard must tell us what he or she has for us in the maritime industry. We will ask questions and tell them what we want. We don’t want this kind of things as if we are in banana republic. We are behaving as if we are in medieval period. Even in stone age period, when I was a younger man, there was something we called town crier who would ring bell in all the corners in the village to disseminate information. What does it take to issue a circular and just put on soft copy for you journalists? That is why I said they are not professional.

The one month given to clearing agents by Customs to clear their backlog at the ports will not work because even the one month period, you never started on time. When you started after one week, your server was down for few days and as I’m talking to you now, there are still backlog in the ports. We have sent a letter to the CGC office intimidating him on this that the one month period will not work, advising him to extend it by one month again. And also advising him to call a stakeholders’ meeting, let us query or let us scrutinize the VIN valuation data. How did you arrive at this data before you will now say you are introducing it?

I have not spoken on this issue deliberately because I thought that we were dealing with civilized people. But I’ll talk now because you cannot eat your cake and have it. And whether you like it or not there is constituted authority. They came with four prayers and among the four prayers; we bent backward because we want peace. We say okay, the first issue that is the issue of board of trustees that call for AGM and NEC meeting and absorb few of the other board members inhouse who have not spent more than two times. Let me be categorical, not Tayo Oyeniyi who have spent 12 years. People like Mustapha and few others would have been absorb because they have spent only one time at the board. That we call for AGM/NEC meeting to amend our constitution from nine to 13 or 15 because we want peace. Again, that the issue of expulsion on them will be remove, that the  explusion on the NECOM members that we are going to vacate the expulsion and absorb them back. They now brought the issue that our western zone election we did that will should nullify it and we said that is not possible. I even told our national secretary to write our area commander intimating him what we have actually conceded to do on their requests. Out of four requests, we have actually gracious taking three. Meanwhile, call AGM and NEC meeting to absorb it. So you cannot tell us that the entire executive that we elected that we should throw them away. Where is that one done?

Why we opted out of global tax rule –Osinbajo 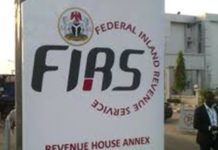 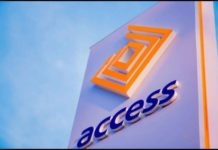