Former Minister of Communication, Adebayo Shittu, has said the legislative arm of the Nigerian government is populated by lawmakers who are â€œimpotentâ€ because of their inability to hold the executive accountable.

Shittu, who is the national coordinator of the Tinubu/Shettima Coalition for Good Governance said this while submitting that Nigeria lawmakers have failed in their responsibilities and are now at the mercy of the executive.

The former minister spoke in a lecture he delivered at an event organized by the Ogun State government through the office of the Special Adviser to the governor on Student Affairs to mark the 2022 International Studentsâ€™ day celebration.

The event which was organised by the office of the Special Assistant to Governor Dapo Abiodun on Studentsâ€™ matters, Azeez Adeyemi was held at the June 12 cultural centre, Kuto, Abeokuta, the State capital.

Shittu while speaking on the topic: â€œThe role of students in ensuring accountability and tranquility in public officeâ€, said the failure of the legislature should spur the youths to engage in active politics and also hold the leaders accountable.

His words: â€œThe main reason for having the legislature, either at the national level or at the State level is for this legislature to play a role of check and balance.Â

â€œIf our legislators have been doing their jobs very well and very effectively, you students will not have a job to do in terms of checkmating or holding the leaders accountable.

â€œBut, what we have found is that, more often than not, most legislators are only interested in what they can get from the executive by a way of personal aggrandizement. And what is being pilfered is the commonwealth of all of us, it is not the property of the governor or the president, it is the property of all of us.

â€œSo, if the legislators have failed in their responsibility to bring about accountability, then it behooves on all of us, educated youths in particular who still have a long way to go to take up the role that our legislators have refused to perform.

â€œThe solution lies in educated youths who must try to do things differently. The youths must be well equiped for them to take over the mantle of leadership.

â€œThe people (legislators) there now are already enmeshed in corruption and it is only the youths now who can really challenge the status quo by way of committing to do things differently if they have opportunitiesâ€.

Earlier in his welcome address, Adeyemi charged Nigerian students who are eligible to vote to actively participate in the forthcoming general elections.

He also called on the youths to shun all forms of violence before, during and after the elections.

Adeyemi said, â€œAs we approach 2023 elections, it is well within our duties as government, policymakers, parents and teachers to safeguard our collective future by providing excellent guidance to our students and the youths generally.

â€œHowever, it is exigent for us to remind them on the need to avoid all forms of electoral malpractices and misconducts as well to teach them their constitutional obligations under the electoral acts.

â€œIt is also expedient that theyâ€™re made aware of the various machineries through which they can interface and hold public officials accountable.â€ 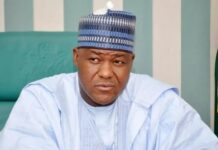 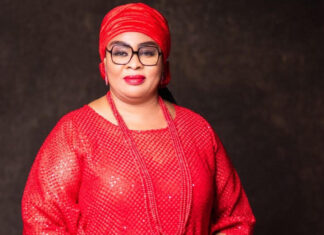