The Lagos-based bourse had suffered its fourth consecutive weekly loss as its All-Share Index (ASI) and market capitalization depreciated by 0.45 per cent to close at 46,631.46 and N25.139 trillion respectively in the previous week.

Consequently, the Month-to-Date (MTD) and Year-to-Date (YTD) return increased to +1.2 and 11.2 per cent, respectively as the Federal Government declared Friday (April 15, 2022) and Monday (April 18, 2022) public holidays to commemorate the Easter celebrations.

Commenting on the performance of the market, analysts at Cordros Research, said, in the near term, they expected the bulls to retain dominance given the positioning for the Q1-22 earnings announcements, even as institutional investors continue to search for clues on the direction of yields in the FI market.

“However, we advise investors to take positions in only fundamentally justified stocks as the weak macro environment remains a significant headwind for corporate earnings”, they said.

On the other hand, equities markets across the globe settled lower as concerns about rising inflation, aggressive moves by Central banks, and escalating Russia-Ukraine crisis stoked worries about the global economic outlook.

Accordingly, US stocks (DJIA -0.5 per cent; and S&P 500: -0.9 per cent) were poised for a weekly loss as investors traded cautiously following hot inflation data and a mixed bag of corporate earnings. European (STOXX Europe: -0.9 per cent and FTSE 100: -1.5 per cent) equities were on track to end the week with losses as investors digested the latest policy announcement from the European Central Bank (ECB).

In Asia, the Japanese (Nikkei 225: +0.7 per cent) market remains poised for a weekly gain boosted by tech shares trailing early gains on Wall Street. Also, the Chinese (SSE: -0.8 per cent) equities adjusted themselves for a weekly loss as new COVID-19 cases in Shanghai dented hopes for a quick exit from the citywide lockdown.

The Financial Services Industry (measured by volume) led the activity chart with 975.776 million shares valued at N10.678 billion traded in 13,097 deals; thus contributing 78.24 and 47.73 per cent to the total equity turnover volume and value respectively. 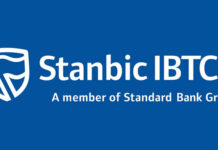 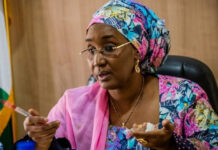 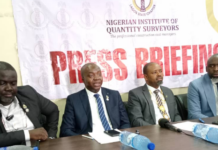