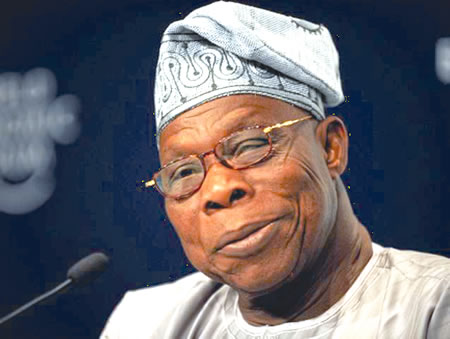 Former President Olusegun Obasanjo, yesterday, warned that if the current security, political and economic debacle, which have put the country on the precipice, were not halted as a matter of urgency, Nigeria would not be in no time.

The former president insisted that Nigeria is tottering, warning that efforts must be geared towards ensuring that Nigeria does not disintegrate and broken into countries, saying that such situation would be a monumental tragedy for Nigeria, Africa, the Black race and humanity.

Obasanjo gave this position while delivering his speech at the International Symposium organised to mark his 85th birthday, and held at the Olusegun Obasanjo Presidential Library, Abeokuta, with the theme, “Africa Narrative with Nigeria Situation.”

He expressed dismay at some reports on social media that he had endorsed and was sponsoring three presidential candidates from the southern part of the country, ahead of 2023 general elections.

He reiterated that he was done with partisan politics, but he would continue to involve in activities capable of promoting the welfare and wellbeing of the people in his community, state, country, Africa and the world.

He words: “As the quadrennial madness builds a head of steam and the runners and riders crisscross the nation in the quest for nomination as the party flag bearer to the highest office in the land, I read and hear about endorsement and statements in support of candidates that I frankly have not made and forming next political parties that I can never get involved in. I was told that social media credited to me names of three people from the south that I am sponsoring for presidency in 2023.

“My friend, Professor Ango Abdullah, who brought this to my knowledge remarked that he did not believe that I made such a statement because it was out of my character. I have neither named names nor stated my position. In situation like the one we are in, I will not rush into naming names without necessary consultations and well-defined principles and criteria. We need to be clear about what Nigeria needs today and why Nigeria needs it. Only then can we answer the question of how that will inform us of the criteria and characteristics for determining who.

“I believe in principles before personalities and taking personalities before principles is putting the cart before the horse. And for me, the major issue is how to progress Nigeria from a country to a nation. If in 2015 Nigeria was 75 per cent a country and 50 per cent a nation, today, Nigeria will not be more than 50 per cent a country and 25 per cent a nation. The task of reversing the trend is beyond one personality, one political party or all political parties; it is beyond professional and commercial politicians alone. It demands and requires all hands to be on deck. I mean Nigerians in all walks of life – politicians, community leaders, traditional leaders, religious leaders, diplomatic leaders, leaders in the academia, leaders in all aspects of government life, and leaders in other aspects of the civil society.

“Nigeria is tottering and for as long as we continue to put the cart before the horse, it cannot be well. Or put another way, for as long as we continue to do the same thing over and over again, the result will not be different. If the drift is not halted, the remaining twenty-five per cent of Nigerian nation will be dissipated in no time and Nigeria will not be a country but countries and will never be possible to be a nation again. That will be a monumental tragedy for Nigeria, Africa, the black race and humanity.” 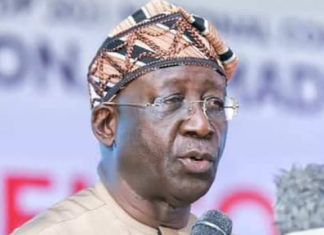