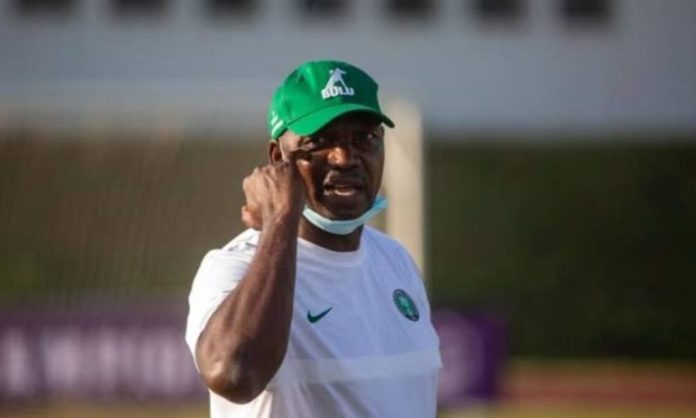 Super Eagles handler, Augustine Eguavoen has said that the teams training on Friday and Saturday would determine whether or not he would use the same starting XI that defeated Egypt and Sudan in their first two group games or some of the players he featured against Guinea Bissau.

Eguavoen said the Super Eagles will approach the game against Tunisia at Stade Roumde Adjia with ‘everything’, adding that they do not want to leave the competition at this stage.

Nigeria qualified from the Group D of the tournament with maximum points, beating Egypt, Sudan and Guinea Bissau comfortably while their Sunday opponents Tunisia, came in as one of the best losers.

“This is the knockout stage, and you have to deploy every tactic to win. If you fail, you go home. We are not ready to go home now, so we have to win,” Eguavoen told The Guardian.

Eguavoen, who led the Super Eagles to the semifinal at the Egypt 2006 edition of the Africa Cup of Nations, said players are fully aware of the ticklish nature of the task ahead.

“We are ready for the task against Tunisia, from the players to the technical crew. We are all aware that an opportunity like this hardly comes. When you have it, you take it. That is our gospel in this tournament,” he said.