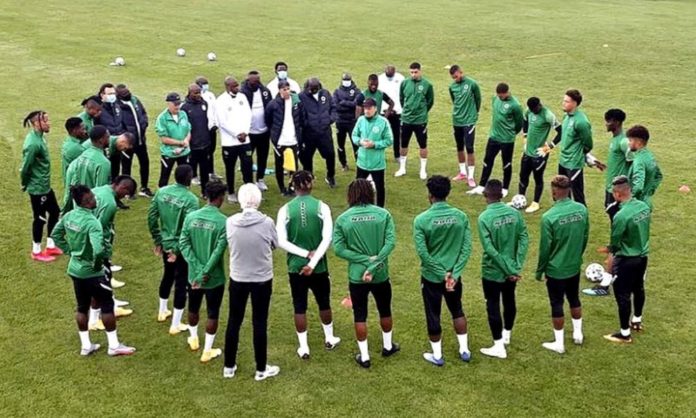 The Nigeria Football Federation (NFF) has confirmed the date and venue for the Super Eagles’ 2022 World Cup play-off game against Ghana.

According to the federation, the second leg of the clash will be played on March 27 at the MKO Abiola Stadium, Abuja.

However, Ghana Football Association (GFA) is yet to confirm if the first leg billed for the Cape Coast Stadium will be played on March 23 or March 24.

Nigeria is looking to qualify for the World Cup for the seventh time.

Their last appearance was in Russia 2018, where they failed to qualify from a group that had Argentina, Iceland and Croatia.

To qualify for the play-offs, the Eagles came top of a zone that had Cape Verde, Liberia and the Central African Republic.

For the Black Stars, they qualified from a group that had South Africa, Zimbabwe and Ethiopia.