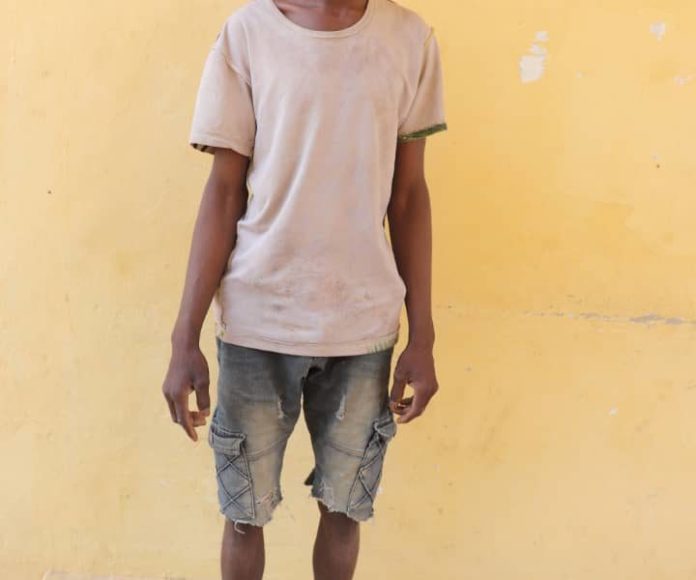 The Police in Niger State have paraded one Tambaya Usman of Jaguwa village via Rafi Local Government Area of the state for allegedly killing his cousin.

He explained that Tambaya Usman, 30 years old, allegedly killed his cousin, one Umar Musa aged 28 years, about three weeks ago of the same address, when he caught him and his wife Hajo Gambo Tambaya, 22 years, having sextual intercourse in his room.

The state police image maker explained that during interrogation, the suspect confessed to the crime.

According to him, as a result of this, the suspect inflicted a machete cut on the deceased’s head, which led to his death.

He further claimed that he had caught the deceased in the same act severally while their parents and relatives had intervened and cautioned the deceased to desist from such act.

Abiodun said, “The suspect said the deceased later apologized for the act and promised never to engage in such misdeed again, but to his surprise he caught him again, hence his action.”

The PRO further added that at the moment, the suspect has been arraigned in court for prosecution for culpable homicide.