Nigerian Guild of Editors (NGE) has expressed shock, sadness and deep sense of loss on the death of a veteran journalist, Emmanuel Yawe, in his sleep last Thursday, March 10, 2022. He was 66.

Yawe, until his death, was also the national publicity secretary of Arewa Consultative Forum.

A statement from the NGE, signed by its President, Mustapha Isah, and General Secretary, Iyobosa Uwugiaren, recalled how Yawe remained a committed member of the guild even after several years of retiring from public service.

“Yawe was one of the peacemakers and voices of reason who ensured the last elective congress of NGE in Kano was smooth and rancour free. Even after the congress, Yawe again played an active role in the last biennial Nigeria Editors’ Conference, which held few months later in Abuja. There, he had served as a key discussant in one of the sessions on security.

“At that session, he brought his experiences as editor, publisher, government spokesperson, public servant and mouthpiece of the ACF to bear, as he advised editors on how best to report issues of national security, especially in a volatile and delicate country like Nigeria.”

“Yawe will be greatly remembered as a true professional who gave his all to the journalism profession in Nigeria. We will miss him greatly,” the Guild said. 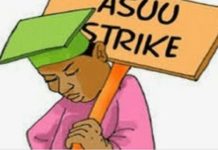