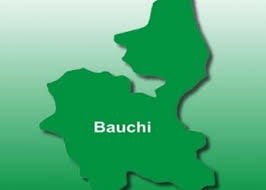 North East leaders on Wednesday call for new leadership that will ensure inclusiveness and transparency in government.They made the call at the formal launch of The Nigeria Agenda (TNA) in Bauchi, Bauchi State.

An elder statesman, Yerima Aliyu Giade stressed the need for leaders with exceptional character and skills as critical to Nigeria’s development.

“We want continuity and a person with a good agenda, so the project is timely. We want an agenda with an actor who is serious.”

Giade supports The Nigeria Agenda mission, adding the programme would translate well in the choice of leadership.

On her part, Mrs Naomi Joel, North East, Gombe State’s Commissioner for Women Affairs and Zonal Coordinator, Patriotic Coalition, said the Nigeria Agenda is a project that all Nigerians would benefit from.

She said TNA would create awareness among Nigerians on the choice of credible and accountable leadership.

“The awareness would bridge the distance that exists between leaders in government and citizens in the country,” she said.

Sajoh commended the North East Coordinators for their resilience and steadfastness in promoting the TNA across the six states of Adamawa, Taraba, Gombe, Borno, Yobe and Bauchi.

“It is incumbent on Nigerian leaders to understand how cultural differences affect development and progress of the country.

“Nigerians should be awakened to the need to emplace leadership that will ensure transparency in government and integrity in the business of governance.

The TNA North East was launched in Bauchi with stakeholders of all the North East states and their coordinators.