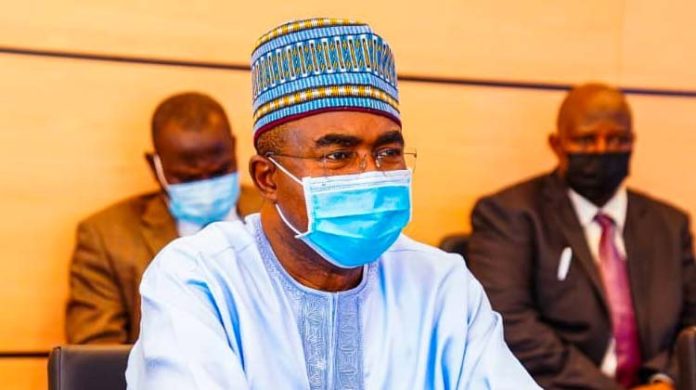 The National Drug Law Enforcement Agency has set up a special task force to track down and dismantle drug cartels behind the production and distribution of methamphetamine, popularly called Mkpurumiri.

He also listed the arrest of 12,306 suspects, including seven drug barons; conviction of 1,400 offenders; seizure of over 3.4 million kilograms of assorted drugs and cash worth over N130bn; and the counselling and rehabilitation of 7,761 drug users, as some of the achievements recorded by the agency in 2021.

Marwa said, “Key achievement is the easiest part for me because it is also the part of the development in the past year that is well-known to the public. We can take solace in the fact that our achievements of 2021 surpassed the records of any given year for the past 30 years.

“In drug supply reduction, our interdiction efforts yielded unparalleled results, which as of December 31, 2021, were as follow: Arrest of 12,306 suspects, including seven drug barons; conviction of 1,400 offenders; pending 1,502 cases in court; seizure of over 3.4 million kilograms of assorted drugs and cash worth over N130bn; 406 hectares of cannabis farms destroyed; contributions to the Consolidated Account through asset forfeiture; and 7,761 drug users counselled and rehabilitated in the NDLEA facilities.”

According to him, the decision to set up the task force became necessary because Mkpurumiri was being abused by youths in parts of the country, especially in the South-East.

Marwa stated this while answering questions from journalists during a press conference in Abuja to mark his first year anniversary in the saddle of the agency.

He challenged communities across Nigeria to take ownership of the war against drug abuse as those in the South-East states were doing by standing up to those engaged in the abuse and trafficking of illicit drugs.

Marwa stated, “If you look at the preponderance of the dealers in drugs, I’m not saying anything new, but the South-East has the predominance and that’s a fact. Who are the Boko Haram people? I know they are not Yoruba and I know they are not people from Edo; but if you go to the North-West and ask who the bandits are, I know they are not from Cross River or from Lagos. If you ask the people doing the human trafficking, the women, you know from where.

“So, definitely, we have the preponderance of drug dealers from the South-East, but what more do you have? The greatest efforts by communities to rid the country and their communities of drug use are from the South-East. Clearly, in the same South-East, they are doing two things; first, they are telling their fellow travellers, who are not decent, that look ‘you are the very few who are spoiling our names here. Stop it!’

“And more importantly, they are riding their communities of drug abuse; they have taken ownership of the war themselves against drug abuse, especially the Mkpurumiri. By the way, we have set up a special task force to face that challenge and very soon, you will hear and see the results of our efforts.

“In essence, what I am saying is that I am now taking the South-East as an example for all the other communities in Nigeria. This war has to start from the bottom, from the communities; set up your war against drug abuse committees.

“In every community, you are the ones who know those patent medicine stores that sell drugs, the mai shayi, those at the corner ends of the streets, who sell and hawk drugs; you know the traffickers and you know those who use them. Take this war to your communities, because you know these people; cleanse your communities and take the ownership of this war and the NDLEA will always be there to back you up.

“However, the NDLEA does not and will not support the flogging of culprits and some of the other human rights’ abuses. We will be there to support with counselling and treatment. And I urge the entire country to take an example of the ownership of the war against drug abuse from the South-East.”

Marwa attributed the successes recorded in the drug war in the past year to God; support of the President, Major General Muhammadu Buhari )(retd.); the National Assembly; Minister of Justice and other stakeholders, including international partners such as the United Nations Office on Drugs and Crime, the European Union, and foreign governments as well as local civil society organisations and non-governmental organisations.

While promising to build on the foundation laid in 2021, he said the agency under his leadership now had a clear road map to the future.