In a bid to tackle the menace of drug trafficking, abuse and other ills associated with harmful drugs and substances, the National Drug Law Enforcement Agency (NDLEA) has strengthened its partnership with the Association of Nigeria Licensed Customs Agents (ANLCA).

This move was solidified when the NDLEA Apapa Port Commander, Ameh Inalegwu, paid a working visit to the ANLCA headquarters in Lagos, today.

According to the NDLEA boss, the visit is part of efforts to enhance partnerships with crucial port stakeholders in a bid to curb import and export of narcotics at the Apapa seaport.

Speaking at the event, Ameh said; “NDLEA’s task shouldn’t be left to the agency alone. This issue of drug abuse and drug trafficking should be a concern to everyone, especially freight forwarders”

He encouraged the freight forwarding association to provide NDLEA with information about suspicious cargoes discovered in the course of their business at the ports,

The NDLEA boss also advised the freight agents to do background checks on their clients (importers and exporters), warning that they shouldn’t only be concerned about the monetary benefits of their businesses.

“As a freight agent, it is safer that importers take their non-compliant and illicit goods to someone else than to implicate yourself. If there is a problem with your goods, don’t tell us that you don’t know the importer. If you allow illicit drugs to pass through with your licence, you’re throwing a stone in the market and you can tell who it would hit,” Ameh stressed.

Ameh, who was recently posted to the Apapa Port, stated that NDLEA would soon commence sentization to engage freight forwarders on drug trafficking and drug abuse.

In his remarks, the Vice President of ANLCA, Dr. Kayode Farinto, advised the NDLEA team to work with the Council for the Regulation of Freight Forwarding in Nigeria (CRFFN) in a bid to get more freight forwarding practitioners onboard with the sentization.

Farinto also warned freight forwarders to jettison harmful cargoes such as drugs, arguing that the law of karma would definitely have its way by making the children of drug importers and freight agents addicts.

He also encouraged ANLCA members to be knowledge and make findings on their consignments, noting that some importers might say they are importing chemicals whereas they were importing drugs melted into liquid form.

The ANLCA Vice President also posited that the leadership of Ministries, Departments and Agencies (MDAs) should show example by doing drug tests and making the results public, as this would show commitment to rid the society of the menace of drug and substance abuse. 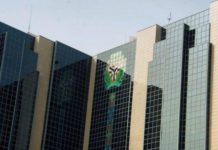 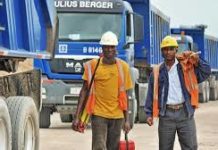