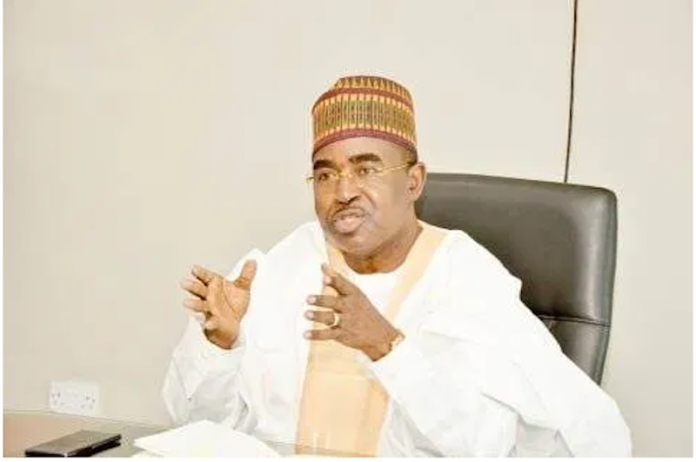 The Chairman of the National Drug Law Enforcement Agency (NDLEA) Brig. Gen. Mohammed Marwa (retd), said yesterday that he inherited a disenchanted workforce and an agency that had been neglected over the years.

Marwa, in his address to mark his one year in office, in Abuja, lamented that the situation allowed rot to set in leading to loss of efficiency, “which in turn eroded public confidence in the agency as well as caused allies and strategic partners to lose faith in the agency.

“The agency survived with a lean workforce of officers and men, who worked with grossly inadequate and obsolete tools and earned considerably less in salary than their counterparts in other government security institutions

“The situation was so bad that payment of allowances of any sort ,including burial entitlements to the families of the deceased officers, stopped long ago. There was no promotion, a situation that left officers stalled on a rank, some for as long as 20 years.

“The NDLEA was an agency afflicted with institutional defect, gradual, but steady deterioration from within due to demoralising work conditions and appalling staff welfare”.

He ,however,said with his determination to succeed and the willpower of the Federal Government, he has turned NDLEA around.

Meanwhile, Marwa further  said that a special task force is currently working across the country to track and dismantle drug cartels behind the production and distribution of methamphetamine, popularly called Mkpuru Mmiri, being abused by youths in parts of the country. He challenged communities across Nigeria to take ownership of the war against drug abuse as those in South East states are doing by standing up to those engaging in abuse and trafficking of illicit drugs.

In his words, If you look at the preponderance of the dealers in drugs, Im not saying anything new but the South East has the predominance and thats a fact. Who are the Boko Haram people? I know they are not Yoruba and I know they are not people from Edo, but if you go to the North West and ask who are the bandits, I know they are not from Cross River or from Lagos. If you ask the people doing the human trafficking, the women, you know from where. So definitely, we have the preponderance of the drug dealers from the South East, but what more do you have; the greatest efforts by communities to rid the country and their communities of drug use is from the South East. Clearly, in the same South East, they are doing two things; first, they are telling their fellow travelers who are not decent, that look you are the very few who are spoiling our names here. Stop it!