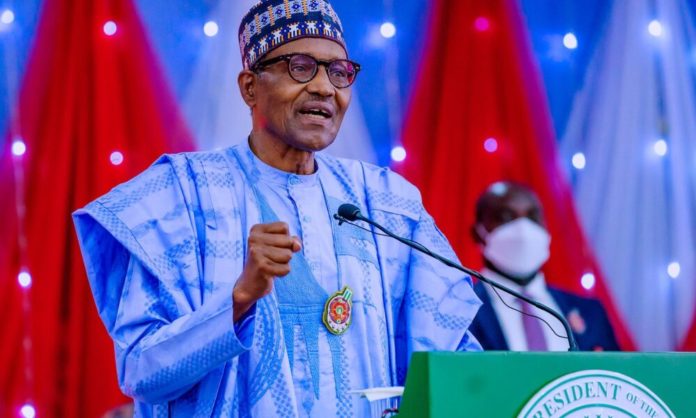 The President, Major General Muhammadu Buhari (Retd), on Thursday, noted that his administration was reviewing the concluded forensic audit of the Niger Delta Development Commission. He promised to recover every kobo stolen from the agency.

The President asserted that the review was on the backdrop of his directive to the Minister of Niger Delta Affairs over the recent alleged financial misappropriation in the NDDC, in 2019.

The President made this known at the virtual commissioning of the NDDC Prototype Hostel at the University of Uyo, Akwa Ibom. He pledged to prosecute those found culpable in accordance with the law.

Channels reported that the university hostel has 1,050-bed spaces, 525 each for males and females. It is developed and furnished to meet the needs of university students.

The President, in a statement made available by his Special Adviser on Media and Publicity, Femi Adesina, said that it was regrettable that the special development fund of the entire region was squandered by a few for more than 20 years, leaving many in penury.

Buhari stated that the hostel was one of the abandoned projects awarded in the year 2004. He, therefore, directed the revitalisation of abandoned projects that are vital to the growth and prosperity of the Niger Delta. He said that, “The completion of this structure is equally in recognition of the importance government attaches to providing quality housing and improved education for all Nigerians.”

“The serial abuse, lack of delivery, and what had become an entrenched institutional decay was the reason why I called for the forensic audit,”

“Therefore, going forward we shall ensure every recoverable kobo, is recovered for use in service of the people of this region, and those found culpable shall face the Law.

“Consequently, I want to use the opportunity of this commissioning to direct all statutory contributors to the NDDC to remit all outstanding funds to the Commission, and to ensure this is done transparently and according to laid down procedure and process. Buhari said