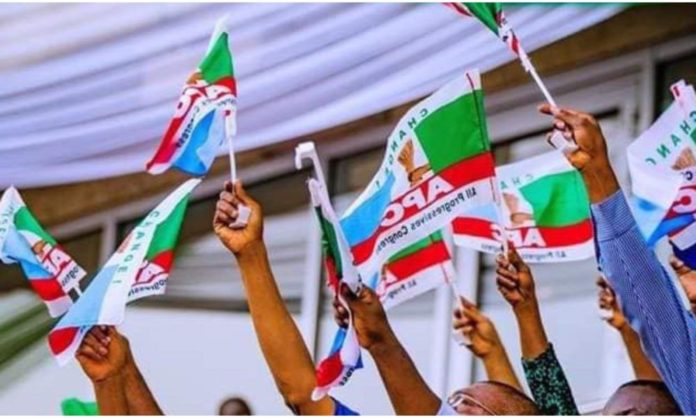 The division in the All Progressives Congress (APC) deepened at the weekend, after some key party members discovered, via leaked documents, how President Muhammadu Buhari single-handedly dictated the composition of the next Executive Committee of the party.

APC has been bogged with its chieftains jostling for who controls the incoming leadership of the party and by implication, who has the upper hand in deciding the party’s next presidential flagbearer.

President Buhari has tactically avoided formally naming or endorsing his successor, but handpicking the APC Executive Committee will enable him single-handedly to decide who runs to succeed him on the party’s ticket.

Documents sighted by our correspondent on Friday, showed th at President Buhari personally endorsed all the plans and choices of candidates presented to him by a clique in the party that is reportedly made up of some northern governors and ministers in his cabinet.

A source close to Kaduna Government House, who craved anonymity because of the sensitivity of the issue, confirmed the documents, saying, “Baba (President Buhari’s) endorsement of zoning formula and the candidate has closed any further debate on the matter.

“People will make noise even if it is their own brother that is given this position. So, someone must make decisions to end some of this back and forth at some point,” he said.

Analysis of the documents sighted by DAILY POST showed that the President first endorsed a set of documents setting out zoning arrangements on March 1, 2022 while he endorsed Adamu and others on February 25, 2022.

A party chieftain opposed to the arrangement lamented that a bad precedent has been set to weaken Nigeria’s democracy.

He stressed that “President Buhari has the right as the party’s de facto leader to show the direction the party should go, but this aspect of one person sitting in a parlor and constituting the APC EXCO is bad news for democracy in Nigeria. This is a dictatorship baring its fangs and we cannot afford the luxury of silence.

“What is the essence of wasting time and resources on an elective national convention if the president and a couple of governors have constituted the exco in their spare time? We will challenge this legally,” he declared.

Another chieftain expressed worry that President Buhari could have verbally directed those he wanted to be elected to the exco without committing ink to paper, the way he did.

According to the chieftain from the northwest of the country, “I have seen the documents and my own worry is that the President should not have gone to the extent of appending his signature to the papers. This is the same signature he uses to conduct matters of the state and to now contemplate the same signature on documents that amount to illegality is demystifying the office of the President.”