President Muhammadu Buhari has declared that with the successful conduct of the national convention and with the emergence of the Abdullahi Adamu-led 79-member National Executive Committee of the All Progressives Congress (APC), the ruling party now has a firmer footing for victory in the 2023, general election.

According to a statement by Senior Special Assistant to the President on Media and Publicity, Garba Shehu, Buhari attributed the success of the convention to the unity displaced by members.

He remarked that the smooth conduct of the election raises the prospect of a mouth-watering APC victory next year.

“The APC convention hosted last weekend sets the scene for the party victory in the presidential and general election next year. It is a victory over naysayers who believed the party was divided but are now disappointed,” he said.

The presidential media aide said the success of the convention “is equally a victory for the president who has ensured unity across all party positions; and it is a victory for the voters of Nigeria who can now be assured of a smooth succession to new leadership in 2023.

“What the convention made clear was how the media has been peddling fake news of division, when the hard reality of unity, cohesion, and, indeed, personal warmth between members of the party’s leaders – incoming and outgoing – was evident for all to see.

“Of course, the blame for this mindset ought rightly to go to the opposition who, in all these years, had done the work to only divide the country, leading to all manner of separatist agitations. But this is not the wish, nor is it in the character of the citizens, as was clear for everyone to see at the Eagle Square.” 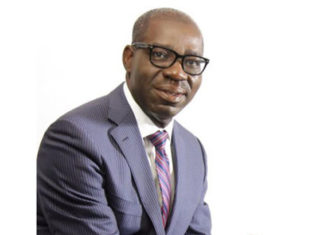