The Nigerian Association of Resident Doctors has said that the Chief Medical Director or Medical Director of any hospital in the country where a doctor or health worker is attacked by patients’ relatives during the line of duty should be queried.

Decrying the spate of attacks on medical professionals in recent times, NARD said it was the responsibility of the CMDs and the medical directors of hospitals to provide security to their staff.

The National President of NARD, Dr. Emeka Orji, stated this while speaking in an exclusive interview with PUNCH HealthWise.

Orji who is also a Senior Registrar at the Department of Orthopaedics and Trauma Surgery, Federal Medical Centre Umuahia, Abia State, lamented that hospitals in the country are not secure.

Orji said issuing a query would serve as a deterrent to the CMDs and the medical directors who are neglecting the security of their staff.

According to him, security should not be compromised in hotspots in the hospital, particularly in the emergency department and general outpatient department where most of the attacks take place.

He said, “There has to be a systematic arrangement on how to secure the hospitals. Hospital management is representing the government, they are the people in charge of the hospitals. They should be able to control the situation.

“But if the government at the federal or centre is getting this report, they must interrogate their officers who are heading those institutions to find out why they will be having these regular attacks in those hospitals.

“This is not just even about the hospital, it is just that it is happening in the hospital. In any establishment where you have staff, it is the responsibility of the chief executive officer to protect the staff and if you are not able to do that, you should be held responsible for it.

“We believe that it is when these people are being held to account that they will try to improve on these areas that we are talking about.”

The NARD president stressed that the CMDs and medical directors have a responsibility to provide a visible security presence in the hospitals.

Giving sight into the lack of security in hospitals in the country, the physician said, “Usually, when you hear of an attack in the hospital, it is either in the emergency department or in the general outpatient department.

“It is only once in a while that you see them happening in the inpatient ward. The hospitals are not secure. Many of them are just thoroughfare, there is no restriction.

“You see a doctor resuscitating a patient and the relatives will just surround him and will be looking at him. It shouldn’t be so. That is not how it is done in standard places because the relatives do not understand what you are doing.

“Now amid that resuscitation, if the person dies, those people around will be the ones to beat you up. You cannot have that kind of arrangement and you won’t be having assaults.”

Orji noted that the hospital environment should be secure and restricted.

“There should be an arrangement to secure the hospitals, secure the hotspots. It should be a restricted area but you have people all over the place. That is why it is very easy to pounce on doctors if they perceive that something has gone wrong or they think that they didn’t do what they are supposed to do. Those do not take time to happen,” he said.

The NARD leader further urged the government to come up with a position on the attacks on health workers now.

He suggested, “There has to be immediate action to secure the hospital environment, identify those hotspots and give them adequate security. Then make demands on the CMDs and the medical directors.

“The government should issue a circular that any hospital where we get a report of this assault on health workers again, the CEOs will be queried.

“Once the government does that, the CEOs will sit up and security will be provided.”

Recall that gunmen recently shot dead a medical doctor identified as Dr. Uyi Iluobe after they attacked his hospital, Olive Clinic, in the Oghara-eki community in Delta State.

Dr. Iluobe was gruesomely murdered inside his clinic on the evening of December 29, 2022, as he was busy attending to a female patient in the consulting room.

Similarly, the relative of a patient on Tuesday allegedly attacked a medical worker at the Federal Medical Centre, Idi-Aba, Abeokuta, Ogun State.

The angry relative reportedly descended on the medical worker after losing her family member.

She was said to have gone berserk upon hearing that her relative died.

The Ogun State Chairman of the Nigerian Medical Association, Dr. Kunle Ashimi, disclosed this in a statement on Wednesday.

Two medical workers at the hospital had earlier been assaulted by relatives of dead patients.

The assault happened last month, which led to the prosecution of the perpetrators — a father and his son. 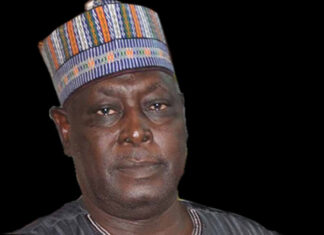