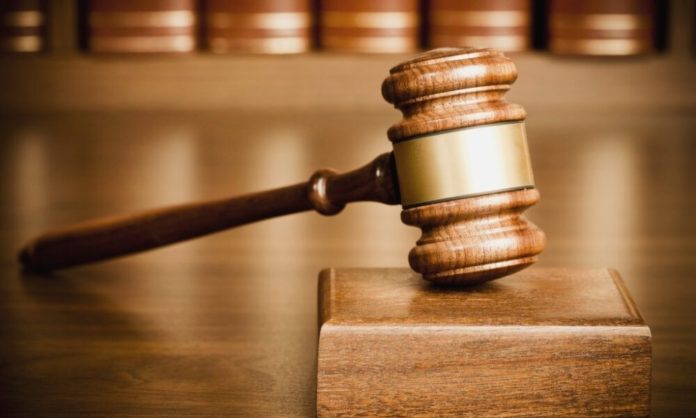 A Federal High Court in Damaturu, Yobe State, has rejected applications seeking for “stay of proceedings” filed by a former Minister of Science and Technology, Dr. Abdu Bulama; and four others in a N450 million fraud case.

Bulama was re-arraigned on November 8, 2021 alongside a former Commissioner for Integrated and Rural Development in Yobe State, Mohammed Kadai, Abba Tata, Muhammad Mamu and Hassan Jaks on a seven-count charge of criminal conspiracy and money laundering, following the judgment of the Appeal Court in Gombe State which upheld the argument of the Economic and Financial Crimes that the Lower Court erred by discharging and acquitting the defendants following their ‘no case submission’ upon the closure of the prosecution’s case.

The ex-minister allegedly received the N450m from Diezani Alison- Madueke, a former Minister of Petroleum Resources, to influence the outcome of the 2015 Presidential election as the Coordinator of former President Goodluck Jonathan’s 2015 Re-election Campaign Committee in Yobe State. Kadai was Deputy Coordinator, while the other three defendants were members of the committee.

At the resumed sitting on Tuesday, the defendants through their lawyers, J.J. Usman and U.M. Isah informed the court that they have approached the Supreme Court to set aside the judgment of the appellate court which dismissed their no-case submission and ordered a return to the Federal High Court in Yobe State for the continuation of trial.

They argued that it would not be proper for the lower court to proceed on the matter during the pendency of the appeal at the apex court.

Opposing the prayers of the defendants, prosecution counsel, Mukhtar Ali Ahmed told the court that the EFCC is not oblivious of the fact that there is an appeal before the Supreme Court and all processes of the appeal have been received by the prosecution.

However, he said the EFCC is not aware of any order directing the court and the judge to stay proceedings in the case.

Muktar argued that “Appeal regarding this case at the Supreme Court is obviously different from the matter before this court as it has no correlation.”

Justice Fadima Aminu, in her ruling, said there is no order before the court directing a stay of proceedings and there is no correlation between the appeal before the Supreme Court and the matter before her.

Consequently, she refused the applications of the defendants and ordered for accelerated hearing of the case.

Justice Aminu thereafter ordered for a trial-within-trial and adjourned the matter to January 20, February 28, and March 1, 2022, for continuation trial.