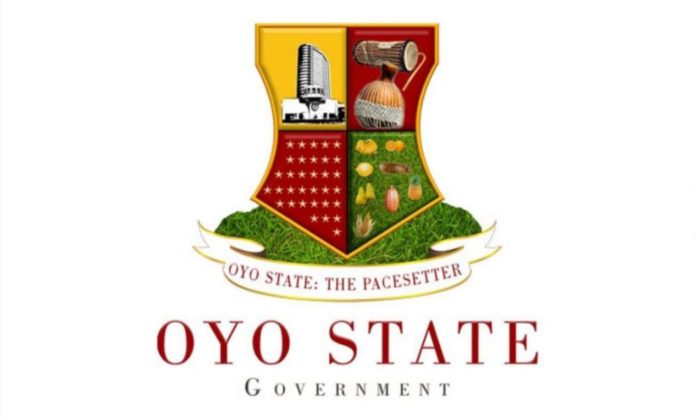 Oyo State government has sealed off some offices belonging to the Ibadan Electricity Distribution Company (IBEDC).

The state government took the decision on Wednesday.

DAILY POST reports that the state government sealed the offices through the Oyo State Bureau of Internal Revenue Service.

The Bureau of Internal Revenue Service was at the offices of IBEDC to seal them on Wednesday.

The state Bureau of Internal Revenue Service while sealing the IBEDC offices claimed that it took the decision over the non-payment of accumulated tax.

IBEDC in its argument the state government sealed off its offices because the company has disconnected electricity supply to the state secretariat and not because of accumulated tax as claimed by the bureau of internal revenue service.

It said the state government is owing the company the sum of four hundred and fifty million naira (N450m).

It described the action of the state government of sealing its offices as illegal.

Chief Operating Officer of IBEDC, John Ayodele, in a statement made available to DAILY POST in Ibadan on Wednesday, insisted that the state government was owing the company a consumption outstanding fee of N450m for over a period of three years.

Ayodele explained that the company as part of efforts to get outstanding monies paid initiated several engagements through correspondences and physical meetings.

He regretted that all the efforts made by the company to get the outstanding debt from the state government yielded no result.

He said the sealing off of IBEDC offices was not done in good faith.

He added that it was worrisome that the state government sealed the offices without making attempts to pay the outstanding debt.

He said there is no other choice than to disconnect the government secretariat because the state government was not ready to pay the outstanding debt.

Ayodele said, “Oyo State Government is owing IBEDC a whopping consumption outstanding of 450 Million Naira for over a period of three years.

“The company as part of efforts to get the outstanding money paid initiated several engagements through correspondences and physical meetings, but all these efforts yielded no result.

“No business in this country can run successfully with such a huge outstanding, the power we distribute to customers must be accounted for and paid for, we have no choice but to disconnect the Oyo State Secretariat, so it is worrisome to see that the government has sealed off our offices with this underhand and arm twisting tactics, instead of paying the debt owed.

“This was not done in good faith and it would have a damaging effect on the business and service delivery to our customers .”