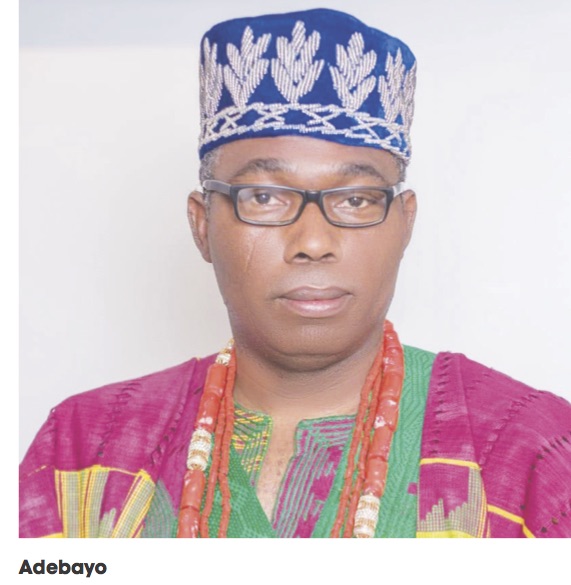 Member of the International Bar Association (IBA) and President, KAFTAN TV, Adewole Adebayo is aspiring to contest the 2023 presidential election on the platform of the Third Force coalition being put together by the NC Front. In this interview, he spoke on the challenges faced by the country, his plans for Nigeria and other national issues.

What is your impression on the current situation of things in the country?

It is very clear from the current situation of things that we are under-performing. The state of Nigeria is like a ship lying by the shore rotting away, but if you are a good sailor, you will know that what it takes is for the captain and the engine operator to get into the ship, work with the crew and the ship can still sail around the world, but here we are lying at the shore rotting away. We know the capacity of what the ship of the Nigerian State can do but we are rotting away. There is no day that I look at what is going on in Nigeria that I don’t feel sad because I know that our problems in Nigeria are not natural; there is nothing wrong with us that the solution is not already written on our forehead; the situation in Nigeria is a sad one, they are just cases of neglect.

The President Muhammadu Buhari-led administration rode to power in 2015 on three major campaign promises: to fight insecurity, revive the economy and fight corruption. How do you rate the performance almost eight years in office?

The truth is that there is no administration in Nigeria. President Buhari was legally and constitutionally elected, but he has not been able to form an administration till now; he is not at one with his cabinet and the cabinet is not at one with one another. Everyone in this administration, so called, is a lone ranger and does as he likes. Even inside the State House, you will see that the Chief of Staff is not at one with his staff; the National Security Adviser (NSA) is not at one with the security agencies, the Minister of Defence is not in-charge of the armed forces. There is no synergy in the Buhari government because the agencies have not acted as one government. You can recall the infamous case of former chairperson of the defunct Pension Reform Task Team (PRTT), Abdulrasheed Maina, when the Economic and Financial Crimes Commission, (EFCC) was looking for him, the Department of State Security, (DSS) was guarding him. You also remember the altercation between the former Chief of Staff and the former Head of Service on how Maina entered the government in the first place and who brought him back to work and the president did not say a word. Under this government too, there was a time the DSS and EFCC almost engaged in a gun duel in Abuja. You also recall how President Buhari nominated Ibrahim Magu as Chairman of the EFCC and the DG of the DSS said Magu was not competent. If this government is disunited in these little things, what do you think will be their level of cooperation in sensitive matters like fighting Boko Haram. There is no administration going on in Nigeria presently and that is a sad thing; it is not even that the president tried and the problems defied his efforts, it is that President Buhari is unconscious of his duties.


The focus in the country today is on who has informed Buhari of his interest to contest the 2023 presidential election, who is expected to declare his interest and so on, all this at the detriment of governance; what should Nigerians focus on to ensure that we don’t repeat this cycle in 2023?

The greatest problem I see is not 2023, but what happens between now and 2023. When I go around and talk to people, trying to spread my message,what do I tell somebody whose family member has been abducted and he is trying to raise money to pay ransom? Do I tell him not to worry because I’m coming in 2023 and all these things will not happen again? We have to do something about the situation now and that is why we are calling on the government to have the interest of the people at heart. President Buhari and those handling him should know that people should not have to bear pain for too long. Attention should be paid to the problems people are facing today. Just recently, bandits killed about 200 people in Zamfara State and I have not seen anywhere anybody in this government moved a muscle; they continue with the same business as usual; the president said he was devastated, I don’t know what he meant by that, I know the word devastation means that he has completely given up and does not know what to do. That is why we need a commander-in-chief that will move us from devastation to motivation.

We came up with the idea of a shadow government not because we want to spook anyone but because we think we should be talking about current, while we talk about what we will do when elected, we must also do something now.

Under the extant laws of Nigeria, only a political party can field a candidate for elective office, and your aspiration is to run under a coalition of The Third Force put together by the NC Front, a registered political party, how will that work?

I am neither the leader nor spokesperson of the NC Front, but I know that my involvement with NC Front is because I see it as a clearing house of patriotic and nationalistic Nigerians who have ideas for the goodness of Nigeria. Our politics may be different, but what we decided to do is to have a clearing house where there is no partisanship. Each person still belongs to his own political party, what we do is to discuss methodologies and listen to ideas. For the sake of the 2023 elections, let us use this or that party, some of them are already talking to us and we are making progress.

We have also realised that the shenanigans of the Independent National Electoral commission (INEC) and legislative as well as administrative manipulations of the status quo have made it difficult for many strong movements to be registered as political parties. We are also using the NC Front / Third Force framework to inculcate these movements. There are people in the Third Force that are not active members of the NC Front. But as the election season is coming, we are considering do we avoid the administrative obstacles in INEC that will create problems for us, do we adopt a position and support an existing political party.

In your consideration of existing political parties, do you have a preferred one and how will you ensure that the structure of that party does not contradict the ideals the NC Front is founded on?

I am not a party official, what I know too well is to be a good chief executive, implement programmes and projects and apply resources and use keen supervision and time line to achieve result. I understand the complexity of the country so I know how to get things done.

As for a political party platform, we are making progress, we have a committee that is dealing with that. Personally, I am a strict Aminu Kano person, everybody knows that but whatever platform the group decides on is where I will go.

Are you not concerned over the possibility of existing political parties hijacking your group?

We cannot be hijacked, we are vigilant, these political parties have their own internal battles, Ali Baba and the 40 thieves have not chosen a captain yet and they are still battling that. In our our own cas, we have managed to kill our egos. Unlike in 2015, in our ranks, by now you would have seen several presidential aspirants, rather what we are doing is that we have been holding discussions. We also do not have the same target audience with these other parties.  Our electorate are beyond their reach, our electorate are the downtrodden, the internally displaced persons, (IDPs), the youths, oppressed workers who are not paid at the end of the month, the common Nigerians struggling to make a living. If you look at the APC and PDP, all they are discussing now is after you, it is going to be me. What the PDP is basically telling Nigerians is we are bad, but the APC is worse. They want Nigerians to choose between a party which blinded them in one eye and another party that blinded them in the remaining eye leaving them totally blind. In the Third Force, we are constantly meeting, discussing and fine-tuning to ensure that we give Nigerians one solid party that includes every person that has something to offer.

My campaign slogan is Hope Again 2023 because what the PDP government of Dr Goodluck Jonathan and the APC government of President Buhari has done is to remove hope from the Nigerian people. Nigerians thought that the PDP government was the worst they could get, so they voted the APC, but, move around the country today from Zamfara to Sokoto, Kano, Borno and so on, all those that shouted ‘Sai Buhari’ in 2015 seem to have been made a fool of. President Buhari has not only destroyed his government, he has also destroyed the hope of Nigerians. Nigerians were struggling to pay N7,000 for a bag of rice under Jonathan, now are forced to pay N35,000 for the same bag of rice under President Buhari.

What plans do you have for youths?

What is your message to the electorate as we approach 2023?

My message to the Nigerian electorate is that hope is coming back again and that hope will be realised when they give me a platform and that platform does not require anything other than to believe that this is the boat that will take us to the shore. I know it is bad to recover from the trauma of the PDP and the APC which have serially disappointed them and that is why we are going out of our way to ensue we give them a fresh hope with no conditions attached to get what they deserve.