Music Africa Awake Foundation (MUAFA) last weekend unveiled a Memorandum of Understanding (MOU) it signed with Denmark artiste, Jethro Sheeran to manage, promote, make bookings and organize tours in Africa for the artiste, who is known professionally as Alonestar.

The Partnership deal with the artiste was unveiled during a virtual Press conference monitored by select media professionals in Lagos State of Nigeria. It was graced by the Chief Executive Officer (CEO) Music Africa Awake Foundation, Prince Emeka Ojukwu, his Board Director resident in Australia, Mark Reyes, International Liaison officer of the foundation Chidi Ezejiofor and the Media Director, Bob Ikediala.

Thrilled by the development in his career that has seen him collaborating with big artistes such as Akon, Snoop Dogg, Massive Attack, late Michael Jackson, Dababy and his cousin Ed Sheeran, Alonestar disclosed that he was excited about working with MUAFA.

He revealed that he has only visited Morocco in Africa adding that he anticipates discovering and promoting new talents from the collaboration with MUAFA to the world.

He hopes to promote the new talents by shooting quality videos and pushing them to the international market through his record label.

Jethro Sheeran Alonestar who got his start as an artiste by learning to express himself through poetry as a child, built his brand by making bookings for international artistes both in Denmark and England.

He said, “I hope to assist the less privileged through my tours of Africa. I look forward to visiting schools, motherless homes, special homes for the handicapped and less privileged communities where I will sink boreholes. This is my little way of giving back to the society that has helped to sustain my art.”

MUAFA boss Prince Ojukwu revealed that he was elated to have Sheeran, an award winner and billboard number 1 music artiste on board.

Represented during an interview with Journalists by his media director, Bob Ikediala, Ojukwu said that with the MoU with Sheeran, he looks forward to the future with greater confidence and prospect for a marriage between the two industry bigwigs, that will be mutually beneficial.

He said that plans are in top gear for the Nigeria Reggae Music Festival billed to hold between the 11and 13 November, 2022 in Denmark, adding, that “the event will definitely attract artistes and visitors from different countries of the world.” 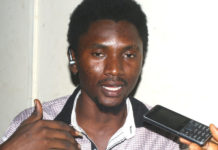 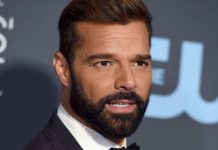 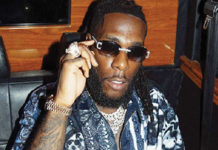