Obinna Ohaeri had big dreams. The graduate of Accounting from Rivers State University had planned to get a good job that would come with a six-figure salary. His dream was a pay that would empower him to live the good life he envisioned. But after many years of roaming the streets without securing a worthwhile job, the reality dawned on him that being a university graduate does not translate to automatic employment.

Ohaeri decided to employ himself since no one would employ him. He told our correspondent that the frustration ignited by unemployment motivated him to start a laundry business, adding that the idea came when he went for a job interview and was denied employment despite his excellent performance.

According to him, the laundry shop named Bynee Clean, located in the Kubwa area of the Federal Capital Territory, Abuja is flourishing as it addresses a need in the community.

He said, “I started the business with nothing. My first client happened to be the secretary at my friend’s office.  I visited my friend and met her in his office; she was complaining that her dry cleaner has not been around for some time and she had dirty clothes in her car. So, I told her that is what I do and my friend who spoke in Igbo, “Kedu mgbe e bidoro?” (meaning “When did you start a laundry business?” I told him to cool down.

Ohaeri further explained that on getting advance payment from his first client, he dashed to the popular Wuse Market to buy the items he needed to deliver the job.

He said, “I bought a pack of nylons, hangers and a few other things. I used the soap and bucket I had to wash the clothes. I mistakenly damaged the lining of a skirt while ironing the clothes and had to return to Wuse market to repair the lining.  She did not notice the damage.”

But the business had grown to become a profitable venture following increased patronage by friends, neighbours and family members over the past 20 years.

Acknowledging the impact of education on his business, Ohaeri explained that it contributed to the growth and stability of the venture. He noted that most times people who do not have formal education require training or mentorship to succeed in business.

He added, “I employed the person that put me through when I started having issues in the laundry business because he did not have formal education and a broad vision of the business.  I had a different vision altogether; he saw it as merely collecting people’s clothes, washing and returning to them.”

Sharing her experience, Onyinye Raymond, a graduate of Ahmadu Bello University, Zaria said getting a job is difficult in the country because unemployed people are way more than the available job vacancies.

She also said employers preferred applicants with work experience, which has equally made getting a job more challenging.

”It is hard to land a good white-collar job in Nigeria given that unemployed individuals are way more than the job opportunities available. Secondly, most high-paying jobs require people with experience which is hard to get because you need a job to get experience,’’ she pointed out.

She lamented that inflation and the unstable exchange rate have wreaked havoc on her online fairly-used cloth business, adding that the low purchasing power of the people had also affected sales negatively.

A fashion designer, Juliet Ndichie preferred running a business because she does not have to wait till the end of the month to get paid. Besides this, she believed she can earn unlimited income compared to a paid job with fixed monthly payments.

She added, “I prefer to do business because I can work at my convenience. I don’t get to wait till the end of the month to get paid and there is no limit to my income.”

Ndichie, a graduate of Ajuru University of Education, Port Harcourt, Rivers State, however, bemoaned the ruinous effect of inflation on her business, noting that it has severely affected patronage as well as her profit margin.

Despite the challenging environment, the fashion designer explained that she had never thought of throwing in the towel, adding that she was focused on restructuring her business for profitability.

Omosowon Oluwatosin who is currently running her PhD programme in Film and Media Studies at the University of Nigeria, Nsukka, Enugu State, loves the idea of making money from ideas, designs and concepts. Oluwatosin who is in her late 20s engaged in petty business and was driven simply by passion.

The doctorate student said she currently sells local delicacies- Abacha and Nkwobi online but getting customers poses a challenge.

“I have encountered a lot of challenges, starting from when I was running it in my school. Getting customers has been challenging because the kind of food I sell is for a particular set of people- the Igbos and few other Nigerians who may like it,’’ she explained.

The caterer lamented the high cost of foodstuff which she said has eaten up her profit, almost rendering her bankrupt. She hopes to secure a job to support her online business.

Kangrot Miapkwap, the Chief Executive Officer of KNL Cakes and Café, who has a PhD in Economics from the University of Jos, said she was so excited when she got her employment letter knowing how difficult and frustrating getting a job in Nigeria could be.

Her joy was, however, cut short when she saw the meagre salary she would be paid. This, she said, prompted her to seek an alternative means of income.

Miapkwap told THE PUNCH she has a passion for baking and catering, adding that she subsequently enrolled in a catering school. In 2017, she registered her business with the Corporate Affairs Commission. Currently, she is managing three shops assisted by managers and supervisors.

As a civil servant, she said running the business alongside her job has not been easy, as she was always under pressure to meet customers’ orders. “The rising inflation and unstable exchange rate have really affected the business because you keep increasing your prices, which often reduces patronage,’’ the entrepreneur said.

She added, “The most important thing is that the business is running; we are not putting money into it. Cost of production is high and the profit is not as much as it used to be.”

She noted that having a doctorate degree helped her to think critically and manage the business better.

“Yes, getting a PhD has positively affected my business because I think outside the box. I am always thinking of ways to improve the business, what to sell,’’ Miapkwap stated.

According to the Director-General of the Industrial Training Fund, Joseph Ari, the rate of unemployment and underemployment in Nigeria has been on a daily increase, describing it as a time bomb that must be addressed.

The ITF boss urged the private sector to work with the state and federal governments to tackle the situation to avert an economic crisis.

Also, a report by Jobberman in collaboration with Young Africa Works and Mastercard Foundation revealed that unemployed Nigerians hit 23 million in August 2022.

According to the National Bureau of Statistics, the annual inflation rate accelerated for the eighth straight month to 21.09 per cent in October from 20.77 per cent in September in the previous month.

It was the highest since September 2005, even after a recent 1.5 per cent interest rate hike to 16.5 per cent by the Central Bank of Nigeria, largely due to a weaker currency that has led to hikes in prices of imported products.

For some time, the country has been battling with a forex crisis which led to the naira exchanging for over N700 to a dollar. The development came weeks after the local currency came under severe pressure at the black market, following the announcement by the CBN to redesign the naira.

A Professor of Economics at the Olabisi Onabanjo University, Sheriffdeen Tella said master’s and doctorate degrees are levels of specialisation that may be useful for teaching in higher institutions.

He noted that as a result of this, many employers are not willing to employ those possessing such degrees or in some cases offer them ridiculous salaries.

He added, “People who couldn’t get a job should go for professional certification rather than academic as this will improve their chances of getting a job.”

He further urged the government to introduce economic policies that can create jobs.

On his part, a senior lecturer of Economics at the Pan Atlantic University, Dr Olalekan Aworinde said, “Unemployment is the major reason for this development; after attaining some certain level of educational certification and you do not get   a job either in a university or an organised setting, you may wish to look for alternatives to be able to afford the basic necessities of life.’’

He observed that those venturing into entrepreneurial activities might have garnered some prior experience which may have spurred them to become full-time entrepreneurs. He encouraged them to enrol for entrepreneurial courses that would up-skill them.

Speaking on the unemployment crisis in the country, he stated, “It is because of unemployment that the majority of them are going into small-scale businesses, but there are some that believe that they cannot do white-collar jobs. They want to be employers of labour, so they want to start their own businesses. But there is a very limited number of people that will say I want to be an employer of labour. I want to have my own business and also employ people.

“The major reason you see people doing that is that there is no support from the government. The problem of unemployment is a big concern and  it is not something the  government should joke  with  because people that ought to contribute to the national  growth have left the country because they could not get jobs and some that have small businesses could not survive because the basic amenities the government ought to provide to create an enabling environment are not readily available.’’

Stressing the importance of SMEs, Aworinde admonished the government to provide incentives such as soft loans to entrepreneurs, describing SMEs as the engine of growth and development that can create huge employment opportunities.

Meanwhile, General Manager, Corporate Affairs, Small and Medium Enterprise Development Agency of Nigeria, Ibrahim Kaula, has advised certificate holders to concentrate on growing their businesses because there are no jobs, adding that many agencies are reducing their workforce.

“They should concentrate and sustain what they are doing because that is the only way out. There are no jobs anywhere again. Even where there are jobs, you find out that the government agencies are even reducing their workforce,’’ he noted.

Kaula declared that SMEDAN was set up to build the capacity of graduates seeking to start a business, adding that the agency could help them to write a business plan and direct them on how to source raw materials and access soft loans.

To access the services he said, “We have offices all over the country. They can go to all these offices and ask questions. We have what is called a business clinic. They will tell you what you need to do to set up your business and how the government can even intervene in some of their business activities. They must register with the Corporate Affairs Commission.’ 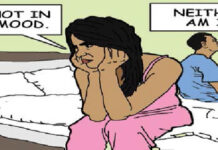 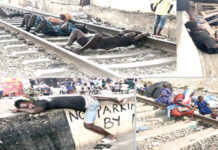 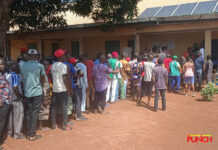